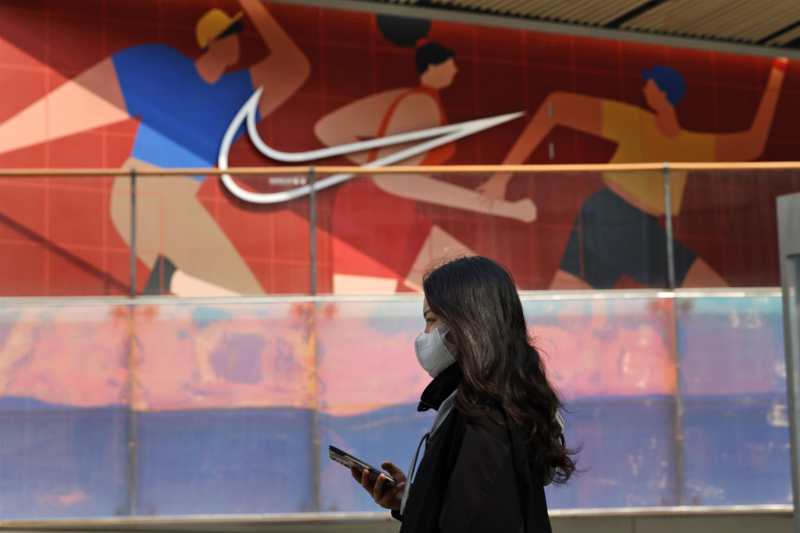 Western powers including the United States, the European Union, Canada and Britain issued sanctions on four senior Chinese officials earlier this week, citing human rights abuses in Xinjiang. In response to the move, China not only announced retaliatory sanctions against European and British officials but also fired many western brands in the political crossfire.

China accused the western powers of ganging up against Beijing to call it down over false accusations about human rights abuses against Uyghur Muslim minority group in Xinjiang region. China repeatedly invalidated the accusation stating that the these were training and re-education camps meant to counter extremism.

Fearing the loss of sales as a consequence of Chinese ban, H&M was quick to issue a statement on its social media account, stating that the company “doesn’t represent any political standpoint” and “respects Chinese consumers,” The Swedish company said that it has been working with 350 Chinese manufacturers and make products that “comply with the principles of sustainable development”. To pacify Chinese consumer and political leaders the company emphasised that it was “committed to long-term investment and development in China”.

Fashion brands fear being dragged into the global pressure game being played by major political powers. Besides, China being the only economy to show recovery signs equivalent to pre-pandemic level, the brands don’t want to irk Chinese investors and consumers in order to keep their businesses going. While on the other hand the demand in US and European market still stand pretty grim and weak.

Targeting an array of western brands, the ruling party’s Youth League on Wednesday said “Spreading lies to boycott Xinjiang while wanting to make money in China? Wishful thinking.” Besides, the State-backed news daily, Global Times, also listed out brands including H&M, Adidas, Zara, Nike and New Balance for their “cutting remarks” about Xinjiang cotton. Besides the mass fashion brands, high end brands like Burberry also faced the heat as the company lost its brand ambassador and its signature tartan design was also wiped out from a popular Chinese video game. Following the fashion house’s statement issued last October regarding scratching approval of cotton sourced from Xinjiang, over human rights concerns, the famous Chinese actress Zhou Dongyu terminated her contract with Burberry as the brand’s ambassador. Her agency on Thursday said that she was discontinuing her association with the brand as Burberry had not “clearly and publicly stated its stance on cotton from Xinjiang”.