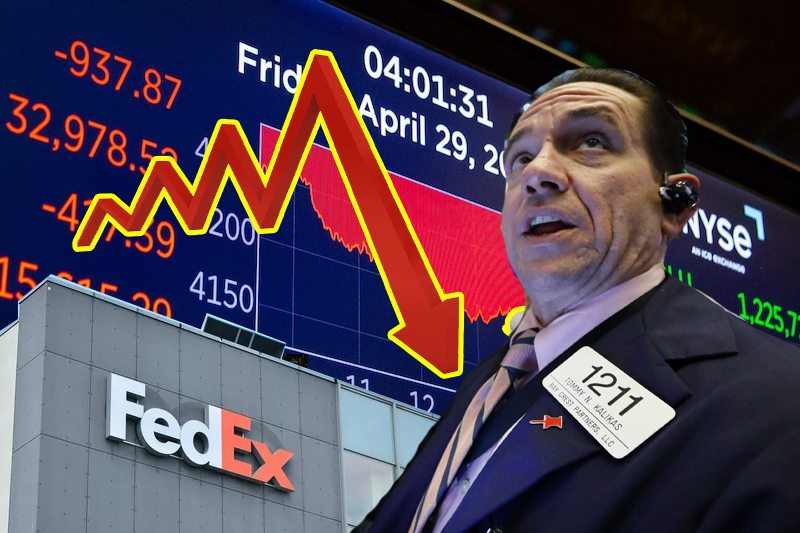 stocks fall after fedex warns of a global recession

US – The Dow closed down 140 points, or 0.5%. The S&P 500 fell 0.7% and the Nasdaq Composite fell 0.9%. US stocks tumbled on Friday after FedEx gave investors harsh preliminary reports on the state of the global economy.

All three major indices recorded the fourth losing week of the last five. The Dow fell 4.1% over the week, while the S&P 500 and Nasdaq fell 5% and 5.5%, respectively.

FedEx (FDX) shares fell nearly 22% after the company withdrew its full-year guidance late Thursday and warned that a slowing economy would see its revenue fall short of $500 million. The weakening global economy, especially in Asia and Europe, has hurt FedEx’s (FDX) express delivery business (FDX). The company said that demand for the packages dropped significantly in the final weeks of the quarter.

During an interview Thursday on CNBC, FedEx CEO Raj Subramaniam was asked if he thought the slowdown in his business was a sign of the onset of a global recession. “I think so,” he responded. “These numbers, they don’t portend very well.”

This marks FedEx’s worst one-day drop in history – exceeding the 16% drop on the day of the 1987 stock market crash. The Dow Transportation also fell more than 5% in Friday trading, and FedEx rival UPS (UPS) also fell about 5%.

Vehicle inventory is considered a leading indicator for the market as a whole, with FedEx in particular viewed as the market leader. The announcement could contribute to a broader decline in the market, which is already approaching a big losing week.

However, some analysts believe that Amazon (AMZN) may be responsible for FedEx’s headache. “Amazon (AMZN) [recently] launched free shipping software for merchants and shipping discounts,” JPMorgan’s Jack Atherton wrote in a note to a client.

Amazon shares fell more than 2% on Friday. In any case, the third-quarter reporting season starts next month, and the FedEx warning reinforces analysts’ negative earnings outlook.