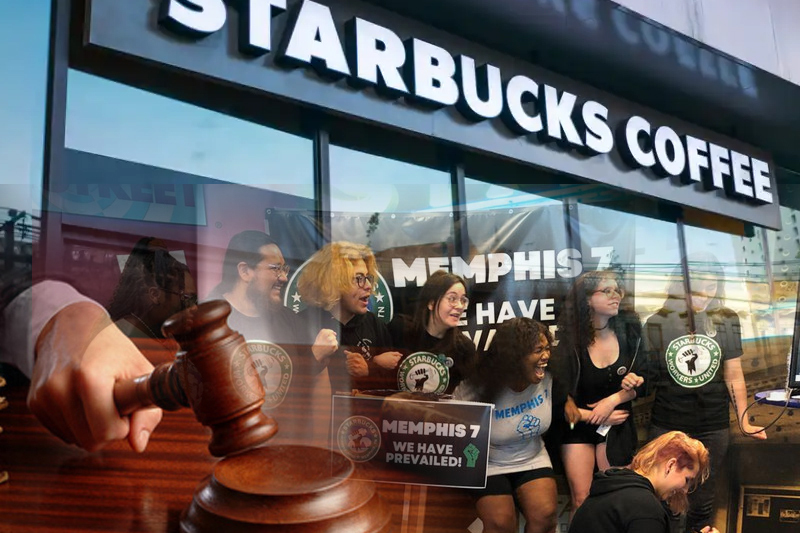 US – Starbucks was sued by labor regulators for firing employees who were involved in union activity. They argue that restoring jobs was key to preventing future labor rights violations.

A US court has ordered Starbucks to reinstate seven employees in Tennessee. Starbucks has denied retaliation and said it will appeal the decision.

Judge Sheryl Lipman said regulators had provided enough evidence to suggest there were violations of labor laws. She said the reinstatement was fair and right, given that the claims go through a legal process that could take years.

In February, Starbucks laid off seven employees in Memphis.

Over the past months, Starbucks Workers United has accused Starbucks of laying off more than 75 union workers across the country.

The National Labor Relations Board, the federal watchdog, sued Starbucks over layoffs in Memphis in May after investigating the incident.

Starbucks said it fired employees for violating company policies, including allowing freelancers into the store after the closure. In this case, it was said that the staff allowed reporters to enter the café for a TV interview about the union’s activities.

The company said it plans to appeal Judge Lipman’s decision, which could delay any rehiring.

Since the start of the union campaign last year, employees at about 220 Starbucks stores in the US have voted to join the union, giving them the opportunity to negotiate pay, benefits and other working conditions together.

For its part, Starbucks, which owns nearly 9,000 stores in the US and licenses hundreds more, says it prefers to deal with complaints directly with staff rather than using a third party.

“We strongly disagree with the judge’s ruling,” Starbucks said in a statement. “These individuals violated numerous policies and failed to maintain a secure work environment and safety standards. Interest in a union does not exempt partners from following policies that are in place to protect partners, our customers and the communities we serve.”