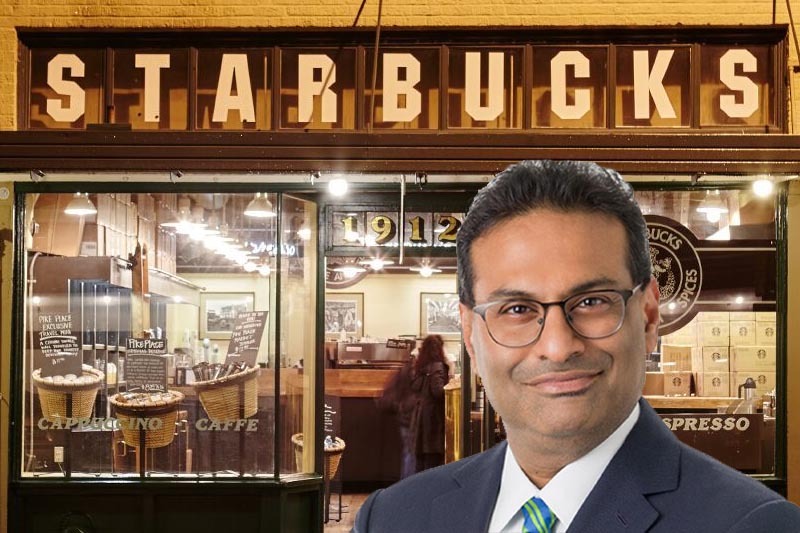 US – Starbucks has chosen Laxman Narasimhan as its next CEO. Narasimhan will become the new CEO of Starbucks on October 1st. He will formally take up his duties in April and then join the company’s board of directors.

Reckitt Benckiser Group, of which Narasimhan most recently served as CEO, announced earlier Thursday that he was stepping down.

Six months before Narasimhan officially takes over, he will spend time with Schultz, other company executives, employees, and customers and review the rethink plan recently laid out by Schultz, who said the company is in need of a significant overhaul.

“The Starbucks business as it is built today is not set up to fully satisfy the evolving behaviors, needs and expectations of our partners or customers,” Schultz wrote in an open letter in July. “It is not designed for the future we aspire to for ourselves and the communities in which we serve.”

Narasimhan’s previous company, Reckitt Benckiser, is based in the UK and makes several hygiene and health brands including Durex, Lysol, and Mucinex condoms. In 2019, he was named CEO of a multi-billion dollar company.

In a statement earlier Thursday, the British company said that Laxman had decided, for personal and family reasons, to move back to the United States and had been approached for an opportunity that would allow him to live there.

Prior to joining Reckitt Benckiser, Narasimhan held several positions at PepsiCo (PEP), including Global Commercial Director. He was also a senior partner at McKinsey, focusing on consumer and retail.

The news of Narasimhan’s appointment came ahead of Starbucks‘ annual Investor Day on September 13th.