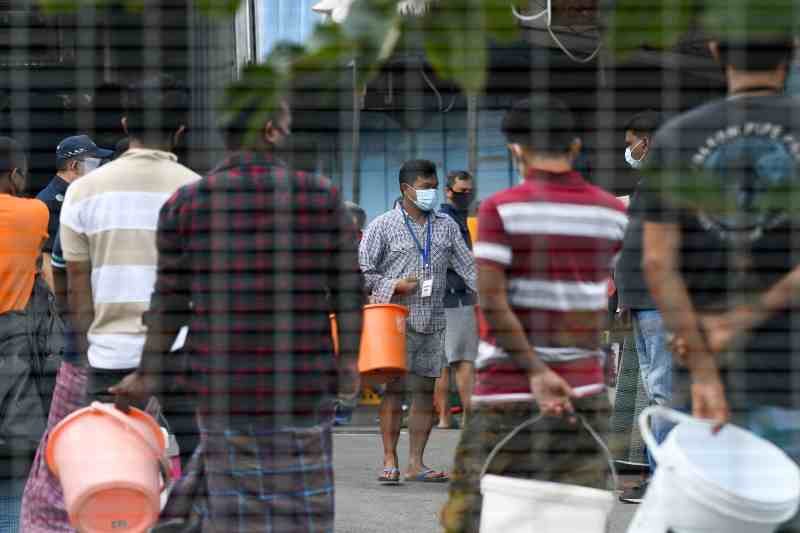 South Asian nations have been battling with economic recovery even months after the onset of Covid pandemic, not only due to their weak health infrastructure, but also due to their abusive treatment towards migrant labourers, who have been the key drivers of these economies. Southeast Asia, which hosts about 10 million migrant workers, have been ignoring migrants’ contribution towards resurgence of the economy. But the key issue lies in the low-wage labor model, which has been going on for decades. Many analysts believed that an effective long-term public-health solution would require bettering the living and working standards of migrant workers.

“Before the Covid era, many employers preferred to employ migrants because it was easier to put them in forced-labor-like conditions,” said Adrian Pereira, executive director at the North-South Initiative, a Malaysia-based non-governmental organization focused on social justice.

Singapore, one of the most advanced nations in the region, learned early where its system failed as the nation struggled to control the surge in the cases, especially in foreign workers’ dormitories. The nation was able to get the infection under control after imposing strict restrictions on the movement of migrant workers in the city.

In some nations, migrant workers were even asked to vacate their host countries, as good riddance in hope of saving the rest of the nation from the rising pandemic outbreak. But it only turned the health crisis worse and transformed into an economic crisis. Malaysia attributed most of its infection cases to migrant workers belonging to countries like Bangladesh, Nepal, Myanmar, and Indonesia.

Malaysia’s Ministry of Human Resources reported the cramped and unsanitary living conditions of migrants was one of the key contributors to the increase in infection. The ministry stated that out of 1.5 million documented migrant workers residing in the country, about 91% were living in accommodation that did not meet the country’s minimum housing standards.

Another contributor, which led to the spread of the pandemic has been illegal and undocumented migrants. This is what differentiated Singapore’s recovery from Malaysia’s ongoing struggle. “If you look at the countries that have been most successful at keeping numbers down so far it’s New Zealand, Australia, Singapore, and Taiwan — one factor they’ve got in common is that they can control the borders more for outside people coming in,” said Peter Collignon, an infectious disease physician, and professor at the Australian National University.

In order to control the situation, last year Malaysian authorities conducted raids to track illegal migrant. As per the data put out by the International Organization for Migration, a United Nations agency, about 2 to 4 million undocumented workers were found in Malaysia.

Leong Hoe Nam, an infectious disease specialist at Singapore’s Mount Elizabeth Novena Hospital, highlighted that unless the South Asian governments completely changed their attitudes toward migrant workers and accepted the need to provide them better wages and living standards, these nations were unlikely to fully recover from the pandemic. “The virus sniffs out the weakness in all cities and populations, and proliferates well in them,” Leong said.