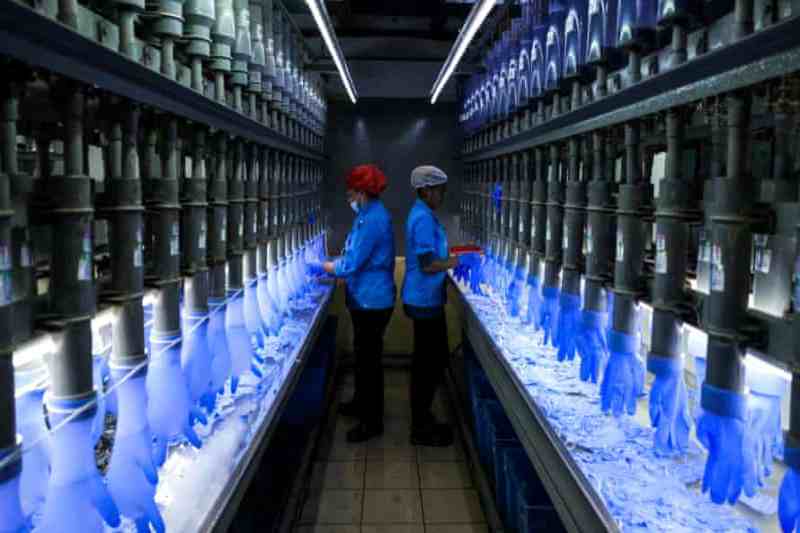 Workers in Malaysia may have been infected due to negligence in personal hygiene protocols in a PPE factory, hidden camera footage has confirmed.

An assembly line of migrant workers works to package these articles to countries like Canada. They are all mostly working in close quarters.

Media reports have confirmed that hygiene protocols like sanitizing, physical distancing or mask-wearing, meant to protect against the spread of the corona virus were not enforced at this Malaysian factory.

Many employees were 12 hour shifts, have no rest or breaks at times too. Most admit being under debt having paid hefty amounts to brokers for getting such jobs, leaving them no option to quit this kind of work either.

Canada is one of the largest market for these kinds of PPE. This kind of news is now pointing fingers on the quality and human rights violation that has gone into producing such products and that (probably) Canada is a silent party to such crime.

According to media reports, several Canadian companies have tens of millions of dollars in PPE contracts with the federal government imported goods from the Malaysian manufacturers.

Disposable glove production makes use of the largest number of migrant workers. While Canada has strictly in place rules that prohibit the use of forced labour into the production of any kinds of goods they maybe exporting, this malpractice in Malaysia has been going unnoticed.

Many workers are reportedly sleeping on floors of the shop-floors. They do not have separate rooms or bunkers. They are without protective masks. Manufacturers are mostly making use of migrant workers from countries with few employment opportunities, like Myanmar, Indonesia, Nepal and Bangladesh.

In 2020, as Covid-19 increased the need for PPE, Malaysian glove makers produced close to 220 billion gloves, about 70 per cent of the world’s supply, according to the Malaysian Rubber Glove Manufacturers Association.

Some of the companies found to have violated labour laws, threatened employees with their lives and more include Top Gloves, Kossan Rubber Industries BHD, Brightway Holdings to name a few.

Most are in violation only interested in minting money, risking the innocent lives of workers who are unable to voice their concerns and live and work in fear of being sacked or killed.

In July 2020, Canada ratified its Canada-United States-Mexico Agreement (CUSMA) in which Canada amended the Customs Tariff Act prohibiting the importation of goods made with forced labour.

Some other western countries have also made similar arrangements to prevent ‘modern day slavery’. But stringent checks will have to be put in place by companies exporting itself, in order to address this issue.