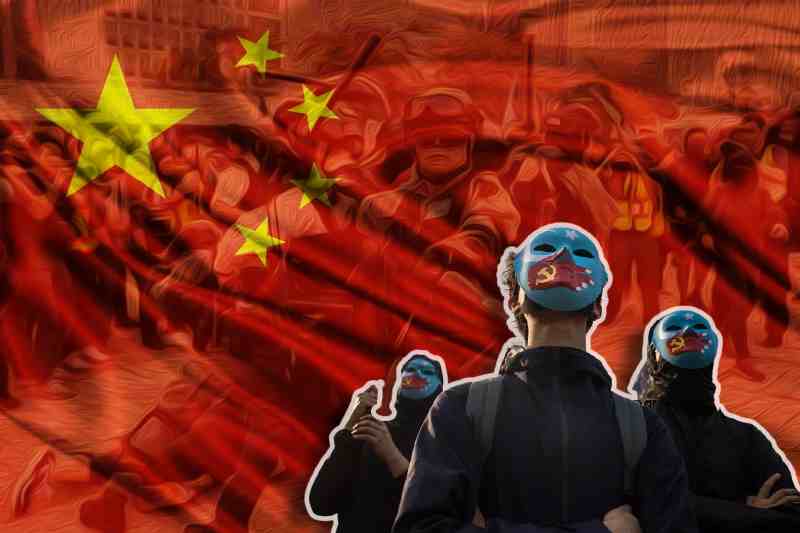 British Human Rights commission: A recent report carried out by the British human rights commission called China a ‘criminal state’, given the communist regime’s repressive policies. The report, titled ‘The Darkness Deepens: The Crackdown on Human Rights in China 2016-2020’, claimed to expose the cruelty of Chinese Premier Xi Jinping’s brutal regime. Jinping has been accused of crackdown on ethic minority group of Uighurs in Xinjiang and pro-democracy supporters in Beijing.

Benedict Rogers, co-founder of the commission and author of the report said, “The regime has developed in recent years new tools of repression, in particular, endemic slave labor, the development of surveillance technologies to create essentially an Orwellian surveillance state, the use of televised forced confessions, the implementation of new laws that allow within the so-called legal system for arbitrary detentions and disappearances, and the continued widespread use of torture and forced organ harvesting.”

Rogers during a virtual media conference, held on Wednesday, said that the report would make UK reconsider and reset its ties with China. Many observers believed that under Jinping, China grew more intolerant towards dissenting voices and started establishing a totalitarian surveillance state.

The report backed by the UK’s ruling Conservative party was endorsed by many Conservative lawmakers, including the chairperson of the parliamentary Foreign Affairs Select Committee Tom Tugendhat, two former foreign secretaries and the last British governor of Hong Kong, Chris Patten.

The report also slammed China’s expansive imperialism and accused Beijing of unduly tightening grip over Tibet, and Hong Kong. The report showed how the Asian giant violated the Sino-British Joint Declaration, which was signed in 1997, as a part of Hong Kong handover from Britain to China. In order to choke off any voice demanding freedom, the regime imposed National Security Law in 2020 and used it imprison dozens of pro-democracy supporters.

The report said that the state employed widespread torture treatment including forced sterilizations and imprisonment of millions of Uighurs. Besides, the report also highlighted the use of forced televised confessions; forced organ trade involving prisoners of conscience; slave labor, which helps it in running 83 global brands; gaining influence over the United Nations and other multilateral international institutions to silence global criticism.