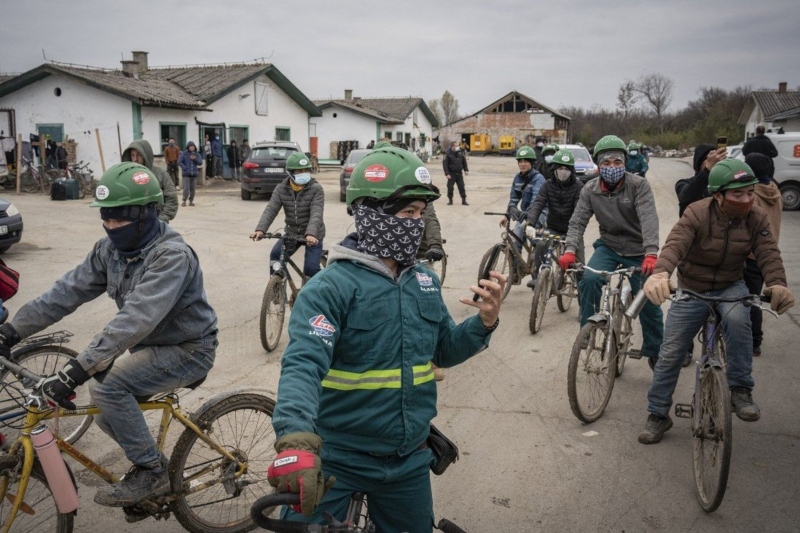 Serbia – The numerous Vietnamese workers are exploited in Zrenjanin, Serbia. The migrant workers signed an agreement with an employment firm previously this year, anticipated to work abroad with higher pay. They were promised greater incomes by the firm. However, when they came to Serbia to work, they found themselves in an unfortunate situation.

They were forced to work at a Chinese tire factory site in Serbia with low pay, inadequate meals, and living facilities that lacked heat and hot water. Some of the migrant workers accused the employment agency, Song Hy Gia Lai, of fraud. The workers claimed that they were told they would be working in Germany, and not Serbia. Subsequently, they accused their employer, China’s Shandong Linglong Tire Co. Ltd., of taking away their passports and preventing them from leaving the country. Some workers also complained that their employer did not pay them on time.

Condition of the migrant workers

One of the migrant workers said that they do not have enough food to eat and not enough energy to work. They are living there miserably without adequate food and clean water. The labourer described his condition as ‘prison-like.’ He said that the only thing that makes it a better place than prison is that they can see the sky. He further said he had received only two weeks’ pay for a month of work. He also claimed that various other employees were not paid for four months. However, after media reports on this issue, they paid the other workers their amount.

Human rights groups on this issue

Human rights groups in Serbia and Vietnam took up the issue after a local media report exposed their living conditions in Zrenjanin. The groups said that the case is the hallmark of human trafficking and worker exploitation. Tran Nghia Quan, vice president of the Vietnamese Independent Union said that the migrant workers need to be clearly informed about their contracts. However, Linglong officials have told Serbian media and the groups that they are not responsible for the workers. They blamed the Vietnamese employment agency that hired them to work.