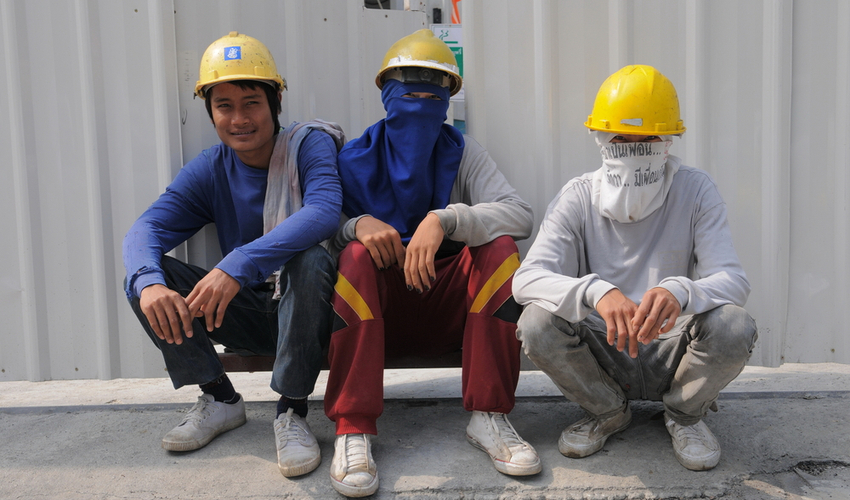 Post a series of criticism and backlash by Human Rights advocates and Migrant activists over living conditions of foreign workers in cramped spaces, Singapore government has decided to build updated dormitories for the migrant workers. On June 1, the Singapore government released the statement saying that new dormitories would be build for migrants to ensure better living conditions with ample space.

The COVID-19 cases among the foreign workers, living in these dormitories outside the city limits, was skyrocketing and summing up to be the majority of cases recorded in the country. The dormitories were cramped up with overloading of people leading to spread of coronavirus infection multifold.

In a joint statement on Monday, Ministry of National Development (MND) and Ministry of Manpower (MOM) announced that there would be building of additional spaces to house about 60,000 foreign workers, expected to be done by the end of year.

Out of recorded 35,292 positive coronavirus cases in Singapore, about 32,000 are the people with foreign workers permit, living in dormitories. Death toll in Singapore is 23.

The statement issued by ministry said that these dormitories would be “quick build” dormitories (QBD), build quickly in a modular format of low density occupancy. These QBD can last for 2-3 years and house approximately 25,000 people. The QBD structures would be constructed at 8 marked sites, that would include unused state properties.

The new housing plans for foreign workers is aimed at “keeping the workers safe and allow Singaporeans to continue benefitting from their contributions”, the statement released by ministries elaborated.

The elaborated housing for workers will target the transmission of infection and also ability to respond in case of emergency. The revised plans for migrant workers have been welcomed by Human rights and immigration workers and activists. The rise in cases among workers had highlighted the troubled housing facilities for workers in Singapore with space crunch, lack of ventilation and sanitation issues. The current plan is hopefully going to bring better housing spaces for foreign workers.

Avoid Burnout When In Lockdown