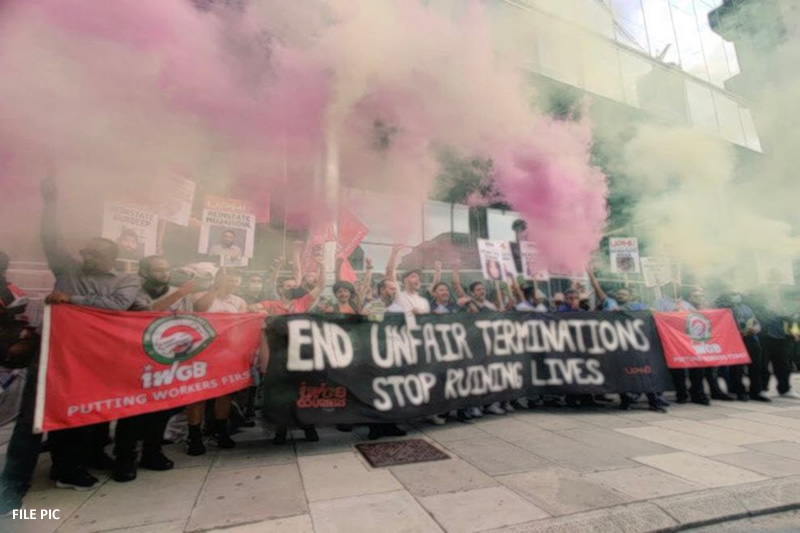 Europe – Aggregator runners for delivery apps like Deliveroo and Uber are now seeking better pay and basic labor rights. It’s the turn of European runners to ask for their rights as they gathered in front of the European Commission recently to protest against unfair pay practices.

The basic anthem is that gig workers only want what all other workers are allowed. Many of them are seeking social security worthy of its name. Some also say that they would want to be protected when they ride, so ‘if we have an accident and to be simply covered like everyone else,’ they say in tandem.

Most are now organized in a trade union and are seeking freedom from ‘fake unemployment’ only dependent on temporary salaries and per ride payments. Some countries have already issued legislation, like in Spain where companies are obliged to regularize their workers. And there have also been rulings in favour of workers in Europe countries: France, Italy and the Netherlands.

Gig workers don’t want to now remain between the employed and the self-employed category anymore. Speaking to the media, Ludovic Voet, Confederal Secretary at the European Trade Union Confederation said, “We are completely against the in-between option because we do not need a new status. There are two statuses: the employee and the self-employed. And we have to ask the platform companies to prove the situation.”

Digital platform sustenance is now seeking a huge ‘platform’ worker force. At the moment, there are 24 million platform workers according to official estimates presented by the European Union.  Some good news is that Brussels has already started consulting labour unions and employers of platform workers, in a bid to legislate and improve their working conditions. A proposal is expected by the end of the year. A range of proposals related to the employment status, collective representation and algorithmic management are being looked at by the Commission, as it aims to make things clearer for the 24 million EU gig workers, who work in jobs like taxi driving and food delivery.