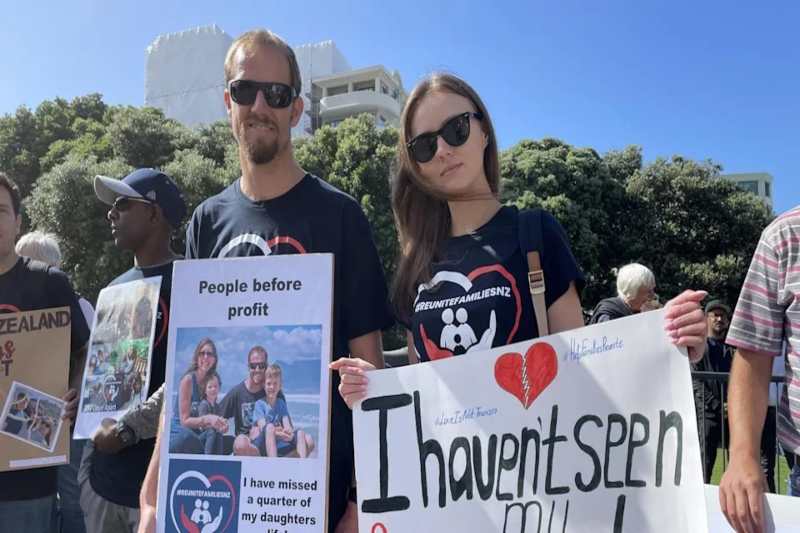 The migrant workers in New Zealand suffered months of emotional stress as they were separated from family as immigration visa applications were halted in the wake of the Covid-19 pandemic and there is no news about resuming the applications since last year.

Migrant workers in New Zealand that have been separated from their families since last year are calling for Prime Minister Jacinda Ardern to “be considerate” and permit their family and loved ones into the country.

Many workers who had migrated to New Zealand seeking work before March 2020 were unable to bring their families into the nation due to the restrictions amid the pandemic crisis.

According to the Guardian reports Daniel Bredenkamp, a technician who migrated from South Africa before the pandemic struck, was unable to meet his wife and two kids for 16 months and stated that the situation was stressful.

He added “I’ve missed more than a fourth of my girl’s life; It’s emotionally, profoundly, and in every capacity affecting me. Bredenkamp had migrated to New Zealand ahead of his family and was waiting that they would join him whenever he got settled in his work, The Guardian stated.

Many other restrictions to New Zealand’s border policy which mainly checks overseas arrivals to citizens have infuriated separated families.

On Thursday, New Zealand announced the temporary suspension for entry of travelers from India, including their own residents, for around fourteen days following a high number of positive Covid-19 cases arriving from the South Asian nations. The announcement comes after New Zealand reported 23 new Covid cases from which 17 positive cases were from India.

India is currently combating a dangerous second wave of coronavirus with daily fresh cases crossing the peak of the first wave seen September 2020.

Migrant workers protesting outside the New Zealand parliament this week stated that the government is letting in sports teams, permitting the production of the movie ‘The Lion King’ and the visa processing was postponed in 2020 and still there is no information on when it will resume.

Ardern’s administration has acknowledged the problem of migrant workers and is asking Immigration New Zealand for an urgent solution however amid the surge in cases around the world, it’s tough to find an immediate solution.

Ardern stated, “We acknowledge that a great deal of agony has been brought about by border closures, and in some instances, we do have a digit of shamefulness in the framework.”