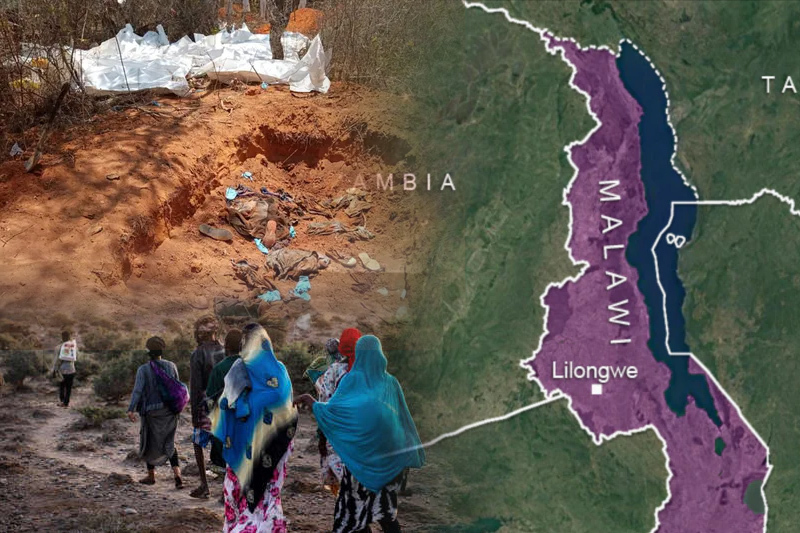 more bodies, thought to be of ethiopian migrants, found in mass grave in malawi

Malawi – Malawian authorities found four bodies in the woods near where dozens more were found in a mass grave on Wednesday. Police say the bodies were found yesterday morning less than a mile from where 25 others were exhumed, in the Mtangatanga Forest Reserve in northern Mzimba.

According to Malawian Minister of National Security Jean Sendesa, who visited the site, a police search of the area around the grave is still underway. She said the discovery shocked and upset the country.

The victims are believed to have been Ethiopian migrants who suffocated as they were being smuggled into the capital, Lilongwe, 150 miles to the south.

Peter Kalaya, spokesman for the Malawi Police Service, said: “Evidence collected at the scene shows that the victims are Ethiopian nationals. Malawi Police Service is currently waiting for a postmortem report from pathologists, which will state the actual cause of death.”

He added: “All the victims are male and aged between 25 and 40. Between January and September this year, police intercepted 221 illegal migrants, of which 186 were from Ethiopia. Malawi Police Service urges the public to quickly report to authorities any suspected illegal migrants.”

Earlier this year, one of Malawi’s political parties, the United Transformation Movement, ousted its regional secretary after it was alleged that she used the party’s car to transport illegal migrants into the country.

This past June, more than 500 Ethiopian migrants reported being stuck in the country and begging to return home, according to an audit conducted by the Ethiopian authorities with the support of the International Organization for Migration (IOM).

Malawi is a transit country for migrants traveling overland to South Africa, known as the “southern route”, mainly used by “illegal migrants” from Ethiopia and Somalia in search of economic opportunities.

A study published by the IOM in May of this year showed that the route is fraught with danger due to the long distance, numerous border crossings, dependence on brokers and changing intermediaries along the way.