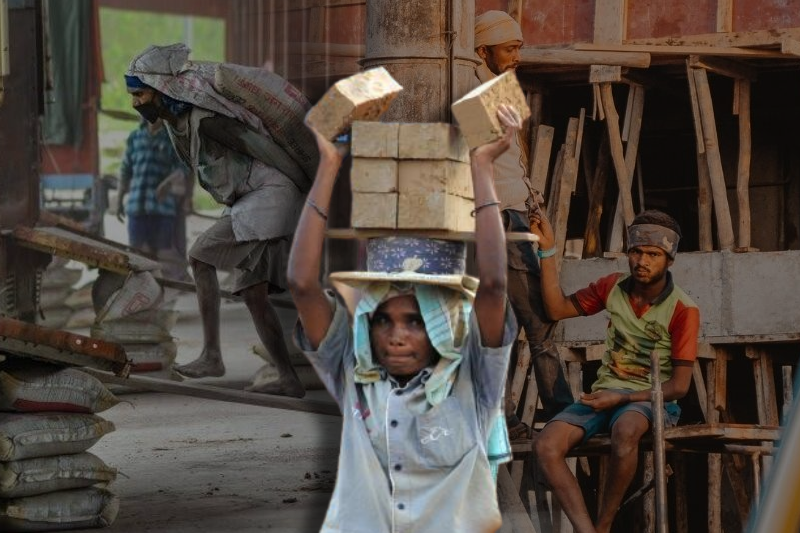 Delhi – Construction ban in Delhi leading to increasing woes of migrant workers who are desperately waiting for work to resume. The latest construction ban announced by the Delhi government has left the workers from other states worried about their life sustenance.

These migrant workers are mostly daily wage earners and when they have decided to leave their homes to work in a place like Delhi then they expect their wages to be guaranteed on a proper basis. Two of the migrant workers Anand Kumar and Dhruval Sharma decided on to go home–in Bihar–to continue their daily wage run.

But to their disappointment, they got to know about the construction ban and all of their hopes of continued earning went in vain. They will be denied daily wages for at least seven days which will make a significant difference to Rs 11,000 they get by working each day of the month.

They have no idea how they will manage this whole week and what they will do during this time. For these migrant workers, pollution never became the cause of concern. They stressed that they have no idea what work they should do now as it is difficult to find any other given the current circumstance.

Another migrant worker, Rama Devi who works close to other construction sites stressed that the contractors have not yet confirmed how we will have to go without work. She lives with her husband and three year old child. She explained that it is important to keep earning as her second child lives in her village and they have kept sending money for her.