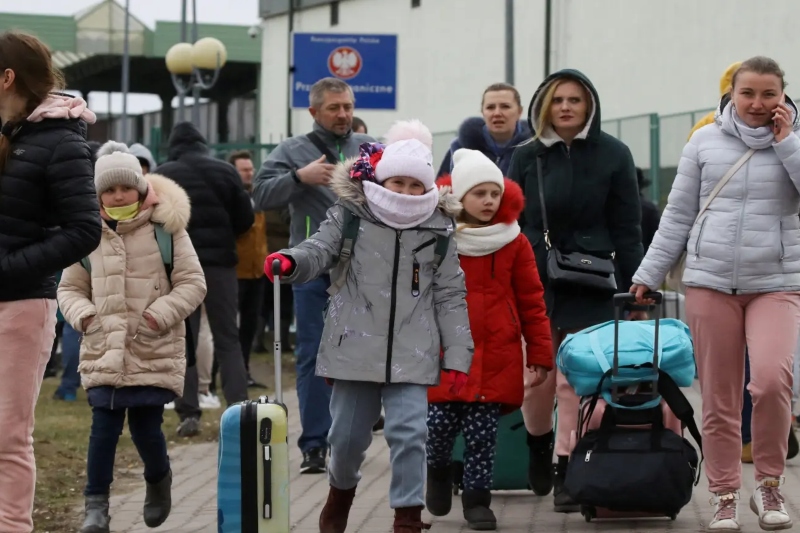 United Kingdom – UK has been blamed for keeping double standards over its treatment of Ukrainian and Syrian refugees. Apparently, UK and other European countries have been giving more preference to Ukrainian refugees over the Syrian ones.

Raed Al-Saleh, chief of the search and rescue White Helmets charity in Syria, while speaking to the media in UK has said that there is preferential treatment and its evident.  “It is double standards. Refugees should be treated equally regardless of their race, ethnicity, or religion, because they have equal rights.”

The White Helmets group has supported civilians in Syria targeted by Russian-backed airstrikes and attacks ordered by Syrian President Bashar Assad’s regime. It claims to have saved the lives of up to 125,000 people.

Britain has granted 22,000 visas to Ukrainian refugees under a family visa scheme launched on March 4. A further 2,000 are expected to be supported in an additional program.

Since the starting of the war, Britain has made effort to open doors to Ukrainian refugees that have left their country and looked for shelter. It has however, also so far, resettled just 20,000 Syrians fleeing the conflict over a six-year period, with a further 666 arriving in the country via a separate scheme.

Speaking about the work that the White Helmets are doing, he said, “We are still providing an array of services including ambulance services, urban search and rescue, fire extinguishing services, healthcare, utility maintenance — whether it is electricity, power, or water networks — and they are providing maintenance and repair wherever it’s needed, so that they support the steadfastness of civilians so that they remain in their home areas.”

“This led to the mitigation of the refugee crisis because without the White Helmets, the refugee crisis would have been worse and would have been bigger and would have continued for more years,” Saleh has added. Al-Saleh was visiting London this week to meet politicians but has not secured a meeting with British Prime Minister Boris Johnson. His intent is to issue a plea to the 10 Downing Street in order to secure an end to the bombardment of the Syrian people and hold to account “those who perpetrated those violations against them, especially the use of chemical weapons.”