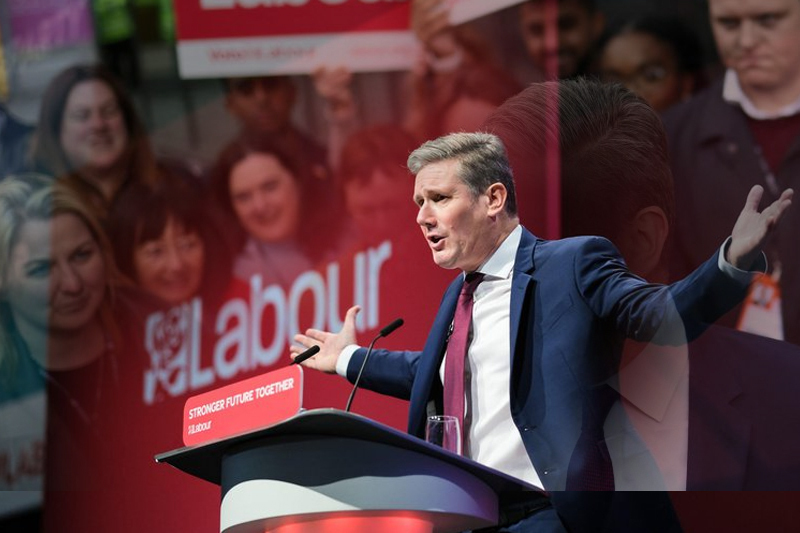 Helen Lewis, a native of this parish, offers a fresh perspective on Keir Starmer. Despite Labour’s 20-point polling lead, Starmer has been singled out by Lewis for his ruthless, unassuming leadership.

The piece is full of good lines: “Starmer fritzes the brains of political observers by doing things for a definite political motivation but neglecting to disclose the motive by narrating his acts” (or letting his advisers supply the motive by briefing it out). Starmer rarely says anything obviously factional—all it’s soothing blah about unity and one purpose—but he’s sliding a bullet in the chamber.”

“Treat Starmer like a stage magician,” Lewis urges. “Watch his hands, not his talk. His crew tries to pick fights while disclaiming any knowledge that their acts are controversial… Raging against Starmer’s pivots, concealed lever-pulling and intended vagueness is railing against him practicing politics – and on the basis of the polls thus far, doing it well.”

Lewis’s point is compelling—look at how Starmer has jettisoned the Labour left’s dreck, from Rebecca Long-Bailey, who was amazingly once regarded as a possible leader, to Jeremy Corbyn, who incredibly once led it—but it’s strange to read when you remember how the Labour leader was viewed last year.

Eighteen months ago, after Labour lost the Hartlepool by-election, Tony Blair criticized Starmer in these pages. Blair wrote that the Labour Party was questioning Keir’s leadership. A new leader won’t revitalize Labour. It needs total deconstruction and reconstruction. No less.” Starmer, Blair argued, “seems rational but not radical. He lacks economic appeal. The “woke” left is defining the cultural message because he is not clarifying it.”

At the time, Labour trailed the Conservatives by 10 points in the polls. It now leads by more than 20. Yet Starmer has done absolutely little to bring out a “compelling economic message”, nor has he articulated a cultural message that contrasts with the “woke” left, whatever Blair meant by that.

Blair, the acknowledged maestro of political prognostication, did not envisage Labour’s complete restoration as a party of power — definitely not in an environment in which Starmer has deliberately said almost nothing of consequence for 18 months. So why has Starmer risen? Is he, as Lewis says, a vicious magician – or is he just lucky?

Imagine the Tory party did not implode during the past year. What would we be saying about Starmer then? His concentration on weeding out Labour’s internal adversaries would seem myopic, if not entirely incompetent. His unwillingness to set any totemic policies or uniting principles for Labour would be criticized as timidity, not discipline. Under Britain’s presidential vote system, his failure to appear comfortable on TV may be insurmountable.

This year has proved an ancient rule: that political reputations are established on the faults of others, at least as much as they are built on the successes of the lauded.

Blair should know. He came to power two years after the Tories’ reputation for competence had been destroyed by Black Wednesday. If John Smith had not died in 1994, many feel he would have become prime minister in 1997, rather than Blair – Labour’s success in the 1990s may have had less to do with Blair’s talent than the passage of time. As always, the political pendulum swung away from one party and toward the sole alternative in the mid-1990s.

As strange as it may sound, Rishi Sunak does not need to call a general election until late January 2025. Over two years away. There is time for another narrative change. A year and a half is a long time in itself, as the past 18 months have proved. If Starmer was responsible for Labour’s rise or the Tories’ fall, his party might win easily.

But this has been a year of Tory self-immolation, rather than of any talent on Starmer’s side. His luck may change.

As we enter a second season of austerity, the battle between Conservative and Labour tales will be particularly intense in terms of the economy.

Mr. Sunak’s greatest chance of surviving what is to come is to convince the public that Vladimir Putin’s war in Ukraine is to blame for soaring inflation, soaring interest rates, another spending crunch, greater taxes, and all the other anguish that will be imposed on Britons.

Labour’s first objective is to prevent Mr. Sunak’s efforts to portray himself as a new broom. A senior member of Sir Keir’s team states, “We cannot possibly permit him to present himself as the change we need.”