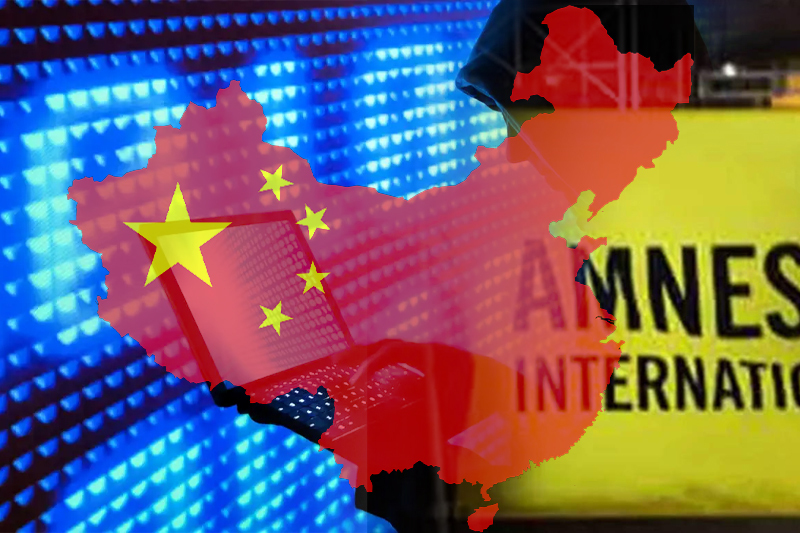 The security breach was discovered for the first time, and on the same day, forensic investigators were recruited to investigate its nature.

The only searches that were connected to China that were carried out by attackers inside the system were country-specific searches. As a result, they were all related to Chinese activists, Hong Kong, and China itself.

“As a group that campaigns for human rights on a global scale, we are acutely aware that we may be the target of state-sponsored efforts to obstruct or monitor our work. This is something that we take very seriously.” According to Ketty Nivyabandi, the Secretary General of Amnesty International Canada, “These will not frighten us, and the security and privacy of our activists, staff, funders, and stakeholders remain our top priority.”

Amnesty International has determined that certain advanced persistent threat groups were likely responsible for the event (APTs). Asymmetrical offensive and defensive capabilities (APT) groups are employed by all of the major world superpowers, including Russia, China, the United States of America, and North Korea. For instance, China’s Double Dragon has been engaged in cyber espionage against 14 different countries since it began operations in 2012.

The assumption that the attack was related to “a threat organization funded or tasked by the Chinese state” was corroborated by later discoveries from forensic analysts working for the international cybersecurity firm Secureworks. There were no monetary demands made or other attempts made to profit in any way from the hack.

The findings of the experts that were hired are based “on the type of the targeted information as well as the observed tools and behaviors, which are comparable with those associated with Chinese cyberespionage threat groups,” according to the report that was written by the experts.

Already in 2021, experts working for BlackBerry were able to document a rise in the number of mercenary APT groups that were now in charge of cyber espionage. It is normal practice for nation states to allow those groups to conceal themselves behind their identities.

Nivyabandi urged activists and organizations to beef up their defenses and emphasized the significance of the work that Amnesty International does.

According to Nivyabandi, “this case of cyber espionage relates to the increasingly perilous setting which activists, journalists, and members of civil society alike must navigate today.” He continued by saying that “Our efforts to uncover and condemn these activities have never been more important or timely than they are right now. We shall continue to call attention to violations of human rights wherever they take place and to condemn the use of digital monitoring by governments as a means to strangle human rights.”