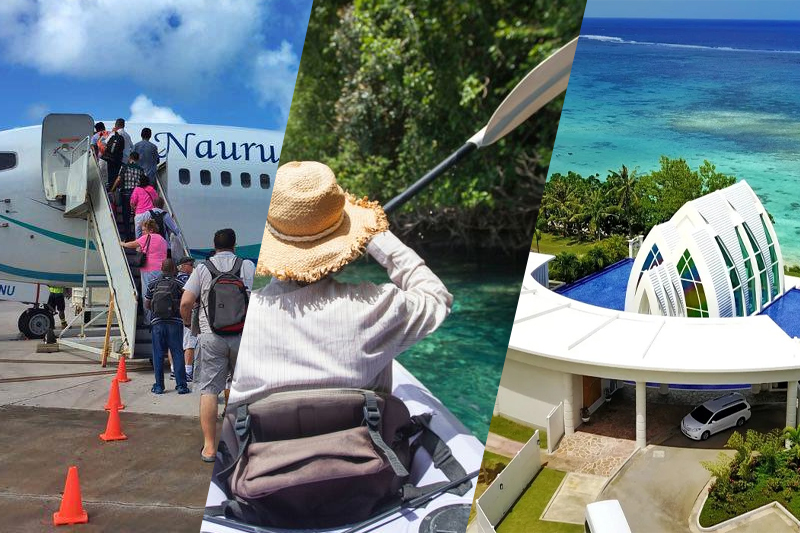 It is critical for employers to provide their employees with paid time off in order to encourage a good work-life balance. However, there are countries that offer low vacation pay, which demotivates its employees to travel and unwind.

According to the Bureau of Labor Statistics, the availability of paid vacation leave can vary depending on a variety of criteria, such as the industry in which one works, whether one works full-time or part-time, and whether or not one is a member of a labor union.

Here are the 10 Most Dangerous Countries for Workers in the World:

The country with the least paid vacation days is Micronesia.

The majority of the more than 600 islands that make up the Caroline Islands Archipelago in the Pacific Ocean are part of this country, which is made up of a collection of four island republics that are affiliated with one another. The Chuuk (Truk) islands, Kosrae (Kosaie), Pohnpei (Ponape), and Yap are the four states that make up the nation.

The Marshall Islands, Palau, Papua New Guinea, and Guam all have marine boundaries that are shared with the Federated States of Micronesia (United States). There are just nine total paid vacation days available.

Surprisingly, second on the list of the countries with the least paid vacations days is the United States of America.

The American way of doing business is heavily influenced by the concept of the individual, and as a result, employees are often intensely motivated by their jobs. A significant cultural commitment or responsibility to age hierarchies or economic hierarchies does not exist. However, there are only ten paid vacation days available in total, which is a drawback of this arrangement.

One of the least paid countries in the world is also Nauru.

With a land area of only around eight square miles, Nauru is one of the tiniest countries in the world. Phosphate export is the company’s primary source of revenue. The phosphate deposits of Nauru are unfortunately depleting at an alarming rate. As a result, the likelihood of Nauru’s population falling farther below the poverty line is high. Aside from that, there are only 10 paid vacation days in this country.

The country of Palau is rich in culture!

Palau encompasses various cultures and languages. Palauans make up the vast majority of the population on the larger islands that make up the archipelago. The southern atolls of Palau, including Hatohobei, Sonsorol, Fannah, and Merir, were populated by descendants of people who originally lived on atolls in the Caroline Islands, particularly the Ulithi.

Although, the downside is that the employees only have a total of 12 paid vacation days.

With only 13 days of paid vacation, Kiribati is also part of the list of the countries with the least paid vacation days.

As a result, just one-third of all students graduate from secondary school, and the average level of education among Kiribati’s workforce is poor.

A significant portion of the population that resides in the Outer Islands maintains a traditional way of life and derives their means of subsistence, including agriculture, fishing, the harvesting of copra, and the sale of handicrafts.

Collectivism and an emphasis on working in groups are hallmarks of Mexican work culture.

When it comes to matters pertaining to business, Mexicans place a greater emphasis on the requirements and objectives of the organization than they do on their very own. Mexican workers have a reputation for being excellent team players who are less likely to see their fellow employees as competitors.

However, the bad news is that they only have 14 paid vacation days, which isn’t so bad considering it is already 2 weeks of pure relaxation.

It is no surprise that China does not really spend their time vacationing.

The Chinese adhere to a mindset that emphasizes concentration, hard effort, and dedication in all aspects of life, from the classroom to the workplace. With that, they only have a total of 16 paid vacation days.

Their professional lives are guided by a philosophy that places a strong emphasis on respect for the members of their families.

The prevailing culture is extremely traditionalist and shows a great deal of reverence for the nation’s long-standing customs, which are heavily influenced by Arab practices.

Long-standing Christian and Islamic customs continue to be strongly established in the social norms and expectations of today’s society. On the other hand, many customs and ways of living have been influenced by European traditions.

Filipinos generally have a good work ethic, and most of them are laser-focused on what they do. So, despite only having 17 days of total paid vacation days, they seem to be doing just fine.

Working with extremely sociable and outgoing individuals is a perk of having a Filipino workforce based overseas. Filipinos are known for being among the happiest people in the world. They are also known for being gregarious and easy to get along with. They are eager to make friends with other people and will go out of their way to ensure that others are relaxed in their presence.

Last on the list of countries with the least paid vacation days is Nigeria.

As a result of their tendency toward conservatism and sensitivity, Africans adhere to traditional corporate etiquette and a hierarchical structure.

Acquainting oneself on a friendly personal level with African business people will provide a solid foundation for subsequent commercial conversations.

And that’s it! Which country do you think has the most paid vacation days though?

2 Migrants Shot To Death Inside Car In Southern Mexico