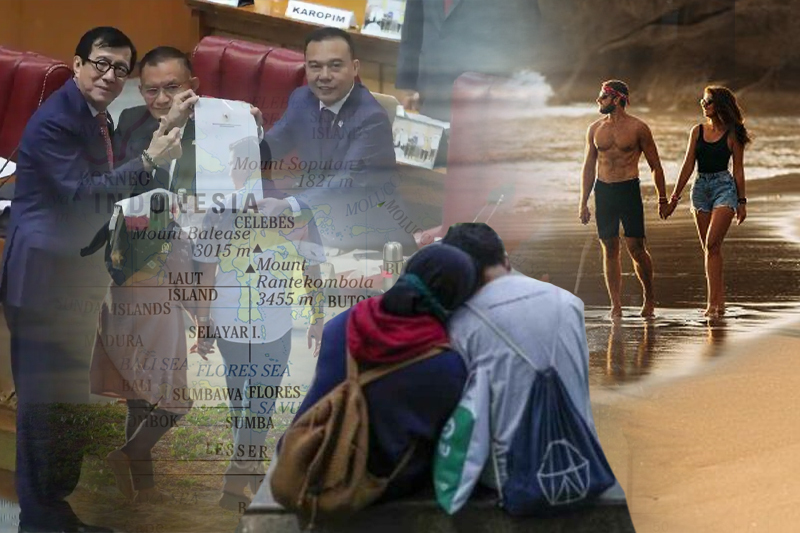 tourism in indonesia what do the new laws hold for

the Indonesian government passed a new criminal code that prohibits, among other things, having sex outside of marriage and making derogatory remarks about the president or vice president. The new laws will also apply to foreigners, tourists, and other visitors who are in the country, which is as startling as the criminal code seems in a democratic democracy.

Human rights advocates, as well as tour and business operators, have taken notice of the new criminal law. The tourism industry is very important to Indonesia’s economy, and Covid-19 has already hurt it.

Tour operators are concerned that this will have a negative effect on their business because the criminal code will also apply to visitors and foreigners who are in the nation.

The Joko Widodo administration in Indonesia has long tried to update the penal code that dates back to Dutch colonial times. But many people anticipated advancement. After being passed, the contentious law will reportedly take three years to completely take effect. Human rights organisations and others who feel the bill would be used to endanger the civil liberties of women, religious minorities, political opponents, and the LGBTQIA+ community protested the law’s adoption in Jakarta, Indonesia’s capital.

The new code prohibits having sex with a person who is not your spouse, cohabiting without getting married, protests requiring permits, criticising the President or Vice President subject to repercussions, and more.

How will Indonesia implement the prohibition on cohabitation? According to Edward Omar Sharif Hiariej, the deputy minister of justice for Indonesia, the authorities won’t be conducting any raids in this matter.

Only if the parents, spouse (in the case of an extramarital affair), or children file complaints against someone will such matters be investigated. Up to a year in prison may be the punishment for having sex outside of marriage.

A six-month jail sentence results from cohabitating with someone who isn’t your spouse. Law opponents claim that this will encourage vigilantism. and particularly have an impact on LGBTQIA+ individuals whose families might be against the relationship.

How will it impact visitors? The majority of tourists visiting Indonesia are from Australia. According to reports, going on vacation to Bali after finishing school is almost like a rite of passage for many Australians.

On several Facebook groups, people expressed concern about the new regulations’ impact on travellers who might be travelling with their lovers, girlfriends, or just friends of the other gender.

And what it would imply for people who might date or be dating an Indonesian person. According to reports, it is unlikely to have as much of an impact on tourists as it will on locals because action will only be taken in response to a complaint from an Indonesian citizen.

However, worries were also voiced about the likelihood of an increase in police intimidation, bribes, etc. for tourists.