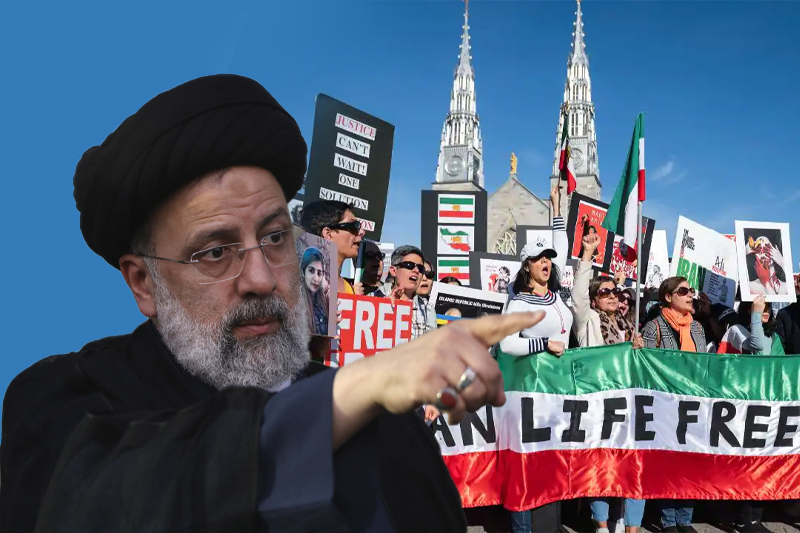 isolating the murderous iranian regime is both just and necessary

Human rights global watchdog Amnesty International has called on Iran to bring an immediate end to its executions of protesters. In a letter published on Friday, Amnesty has highlighted that 11 people have already been executed by the regime with 15 more being charged with similar crimes as a part of ongoing crackdown on the protesters who are raising voice against the regime’s authoritarian rule.

“The 26 individuals have all been denied fair trials, including the rights to adequate defense and access to lawyers of their choosing; to be presumed innocent; to remain silent; and to receive a fair, public hearing,” Amnesty wrote in the letter that was addressed to Iran’s head of judiciary, Gholamhossein Mohseni Ejei.

The protests in Iran broke out in September following the death of a 22 year old Kurdish woman, Jina Mahsa Amini, in custody after she was arrested by country’s morality police for not following the strict dress code of Iran. Since then, thousands have been arrested and hundreds killed in violent clashes with the police. The violent crackdown by Iran on protesters has been strongly condemned by the US, European Union and Canada with strict sanctions.

Iranian-German filmmaker and political activist Siba Shakib said that the reason that people are continuing to protest despite the crackdown from security forces shows that they have nothing to lose. “The people don’t have anything to lose anymore…. 60 per cent, 70 per cent nobody knows the exact numbers are below or at the poverty rate. They don’t know what to eat. They don’t know where to live. What are they scared of?” Shakib said.

Gilda Sahebi, a journalist based in Germany who specializes in Middle East affairs has said that she thinks response from the West is ‘mild’. She explained the reason for her thought process “is that a lot of governments do not believe that this will be the end of the regime. So they’re very hesitant to actually do something that clearly puts them on the side of the protesters.”