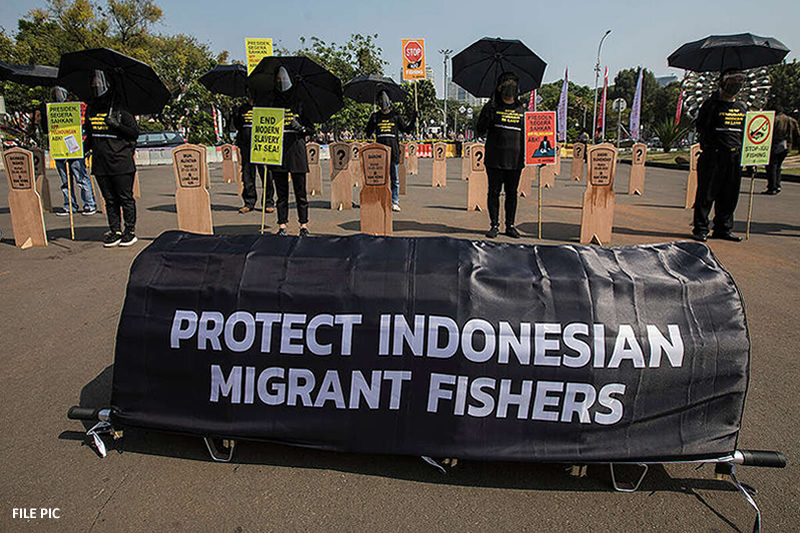 As per the report, the migrant workers are poorly trained after recruitment. They are forced to sign documents or contracts, which are later used to exploit them. While boarding the fishing vessels, many migrant fishing workers face terrible working conditions, mental abuse, substandard food and are forced to overwork.

Maritime observers press the Indonesian administration to bolster the guidelines for recruitment, repatriation, employment, and legal redress for sailors on foreign and domestic vessels.

Many of these vessels utilize Indonesian deckhands and are involved in illegal, unregulated and unreported (IUU) fishing. Those that work on these boats from neighboring nations are mostly found fishing in Indonesian waters. They are often found working on foreign distant-water fishing boats that are involved in catching guarded endangered species.

The Indonesian fisheries department, as of late, announced that centers to a great extent around further developing homegrown fishing businesses.

However, Abdi stated that the ministerial guideline lost the chance to augment protection for deckhand workers performing their duty on Indonesian ships. He added that the declaration might have included having a joint examination on the boats.

“Very little is changed by the new guideline as it just somewhat further develops the work security angle in fishing activities,” Abdi said.  Mainly China is the world’s largest fishing power, accounting for almost as much movement in nearby waters. Many migrant laborers come from Indonesia; the nation is popularly considered the top labor supplier for the international distant-water fishing industry.