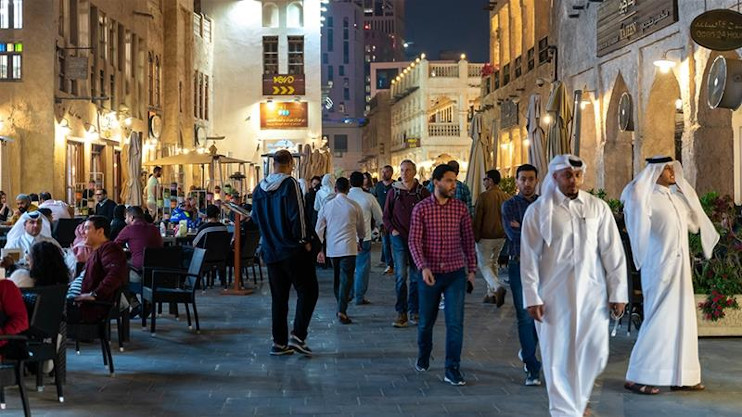 With the spread of coronavirus, there are increasing concerns about the situation of the most disadvantaged people. Among these there is undoubtedly the case of foreign workers, already forced into miserable conditions, in the state of Qatar. Last week the emir revealed that more than 238 new coronavirus cases had been discovered among expatriates quarantined in a residential compound. According to ‘Arab News’, the huge jump in cases – from 24 to 262 – was announced in a health ministry statement without clarify if the people infected were migrant workers living in labour camps. With the announcement that Qatar will host the next World Cup 2022, international journalists reported the terrible conditions of migrant workers, particularly those employed on major construction projects linked to the World FIFA Cup. Most of them are original from Pakistan and Nepal often live packed into camps in the desert from where they are taken to building sites.

In a report of August, 2019 Human Rights Watch reported that migrant workers in Qatar are governed by an exploitative labor system that can leave them vulnerable to forced labor by trapping them in employment situations in which their rights to fair wages, overtime pay, adequate housing, freedom of movement, and access to justice are at risk. These serious and systemic abuses of migrant workers’ rights in Qatar often stem from the still unrepealed kafala system, which ties migrant workers’ visas to their employer and severely restricts their ability to change employers. Previously, in 2016, Amnesty International found that workers at one of the flagship stadiums were forced to live in squalid accommodation, pay huge recruitment fees and had wages withheld and passports confiscated. Human Rights activists suggested Qatar’s lack of transparency over the coronavirus raised questions about whether the infection could be going through one or more of the labor camps. The new COVID-19 infected are described as expatriates in shared accommodation.