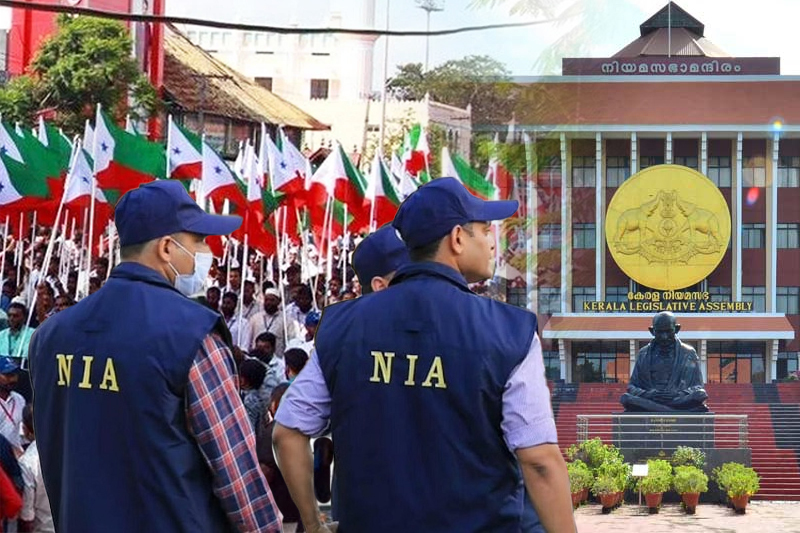 More than 56 hideouts linked to the banned Popular Front of India and its members in Kerala are linked in the terror conspiracy case. The National Investigation Agency is raiding more than 56 locations.

Searches are continuing at the premises and offices of several suspects having links with PFI.

Why was  PFI banned?

In the month of September 2022, the Home Ministry banned the organization, its associates, and affiliated organizations for a period of five years. The immediate reason was the illegal activities of PFI, so the Government of India banned them in the (Prevention) Act, of 1967 by declaring it an unlawful association.

The raids began in the early hours of Thursday, 29 December, with the coordination of the state police. They got inputs against PFI, which is involved in many terrorist activities. Many murderers are involved in their important activities.

Many people from Kerala, Tamil Nadu, and Karnataka region were killed by them. Shashi Kumar, R Rudresh, and Praveen Puyari in 2016, Sharath and Bibin in 2017, Abhimanyu in 2018, V-Ramalingam in 2019, and Nandu, Sanjit in 2021 were killed in terror activity by PFI.

The Ministry of Home Affairs said that several significant terrorist and criminal acts have been committed by the PFI, and the main objective of these activities is to disturb the peace and create an atmosphere of fear among the public.

At present, some PFI activists have been killed during clashes with ISIS and many others have been arrested by the Central Police in the case of Jamaat-ul-Muyahideen Bangladesh.

In this year 2022, more than 150 PFI carders came under the radar of NIA, and there is still a big raid going on in India.