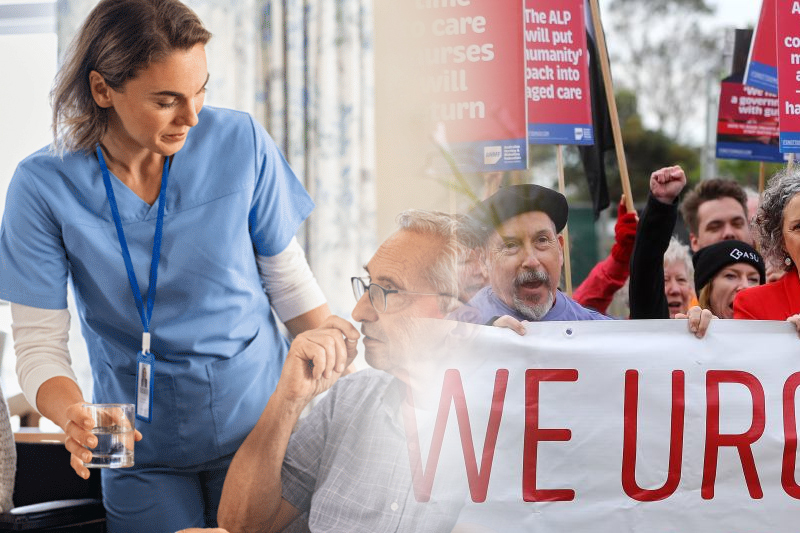 After urging the Fair Work Commission -FWC for a pay rise via phase, the federal Labor government will make Australian aged care workers wait for 18 more months for an increment in wages by 15%. This act can be categorized as a fraud in elections! The government is not willing to fulfill the promise it made at the time of the election.

The increment in wages which was promised by the Albanian government during the election will be given by splinting in two stages. The fair work commission will pay the first stage by an increment of 10 percent, in July 2023 by delaying of 13 months. And the rest 5% will be given in July 2024.

The inflation is increasing the rate, it is already at 7.3%. With increasing costs of living, it will increase in the upcoming days, but people had seen a decline in wages over the years.

The Labor government promised to promote the pay rise, which means that It will not affect the private providers of this sector.

The pay increase will cover the people and workers assistants in nursing, nurses, home care workers, and personal care workers. But lifestyle care providers who provide activities and events for residents, food services, and other related workers will not get the increment under this increase in wages.

The average pays an aged care worker gets is nearly  $24 an hour, which is very low. Now after the FWC increase it will rise to $28 per hour. But the old aged care workers will get around $30 with more increments.

The HSU asked the government to keep its promise and implement wage rate increases to protect aged care workers by passing the FWC rate for workers.

Minister Anika Wells spoke on this and said that we cannot implement this increment immediately or swiftly, first we need to check the financial responsibility. This is in line with the agenda of the Albanian government, which called for cuts in social spending and intensified exploitation of workers. Aged care providers are already using the new law as a cover for cost-cutting measures.