10 Countries With The Most Public Holidays 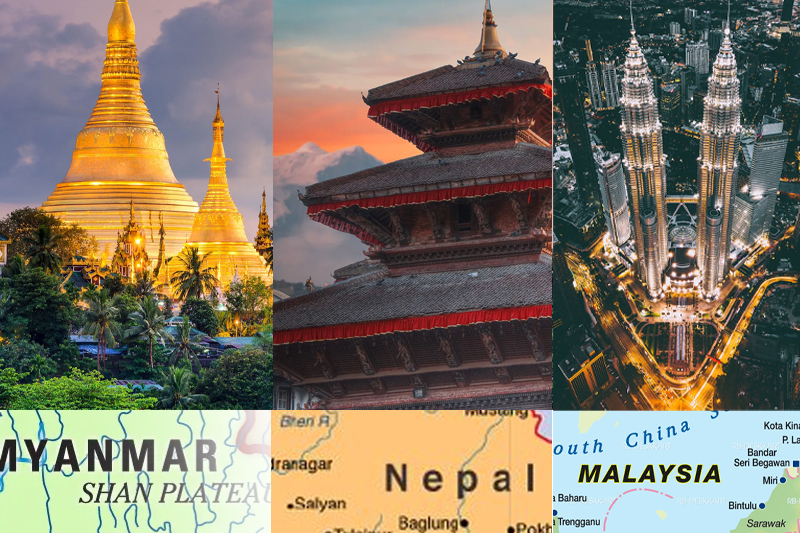 10 countries with the most public holidays

Countries observe national holidays for a variety of reasons, including religious observances, national days, remembrance days, and days commemorating other unique historical events to a particular state, nation, or region.

Public holidays are often designated as non-working days by national law (although it is commonplace for people to work on these days, often receiving a day off in lieu at some other point in the year).

There is a large variation between the number of public holidays recognized by different countries; if you are considering relocating abroad for work, you may wish to investigate this topic.

Here are the 10 Countries With The Most Public Holidays:

One of the countries with the most public holidays in Nepal.

Iran has a complex system of 26 public holidays, with many ‘unofficial’ holidays added each year, bringing the annual total to over 26. Others include Islamic Republic Day, the anniversary of the Islamic revolution, and the nationalization of the Iranian oil industry.

Due to the fact that Iran employs both the solar and lunar Hijri calendars, there are few fixed dates for their national holidays.

As it celebrates 25 public holidays per year, Sri Lanka takes the fourth spot on the list.

Malaysia with its 23-25 public holidays [as it depends on the state] is also part of the list!

Public holidays in Malaysia are predominantly secular and reflective of the country’s rich diversity of religions and cultures. There are state-specific public holidays, such as Thaipusam Full Moon (January or February), whereas federal holidays, such as Chinese New Year (January or February), Labour Day (1st May), and Malaysia Day (16 September), are celebrated nationwide.

Various religious festivals are recognized as Bangladeshi public holidays: four for Islamic holidays, two for Hindu holidays, and one each for Buddhist and Christian holidays. In addition, other national holidays exist, such as Language Martyr’s Day (February 21) and National Mourning Day (15 August).

Egypt’s public holidays are highly complex. For instance, some facilities, such as hair salons, would close on Monday rather than on the actual date of the holiday. The public holiday calendar is a mixture of religious and secular days that are observed in accordance with both the stable Gregorian calendar and the variable Islamic lunar calendar. After the 2011 popular upheavals, Egypt added Revolution Day (January 25) to its list of official holidays.

Cambodia’s 21 public holiday count also makes it a part of the list.

The great part of Cambodia’s public holiday calendar is typically based on the Khmer lunar calendar and Buddhist observances (but the solar year is used too). Thus, the dates of numerous Cambodian national holidays fluctuate annually. The 7th of January commemorates the end of the Khmer Rouge dictatorship in 1979, while the 24th of September marks the signing of the Cambodian constitution.

The sheer expanse of India and its long history have resulted in an abundance of official holidays. Numerous holidays are based on numerous religious celebrations (including ones from Islam, Hinduism, Sikhism, Jainism, Buddhism, and Christianity). Despite the predominance of public holidays, there are only three national holidays: Republic Day on January 26, Independence Day on August 15, and Gandhi Jayanti (Gandhi’s birthday) on October 2.

This tiny European nation has an abundance of national holidays! Numerous public holidays in Liechtenstein are based on Christian events such as Easter and Christmas. There are some lesser-known public holidays, including Whit Monday (June) and Mary’s Birthday (September).

Additionally, there are two public holidays that are shown on calendars but are not recognized by law. These are Shrove Tuesday (also known as “Pancake Day”) and Saint Berchtold’s Day, celebrated on January 2. Even though they are not official public holidays, most businesses and organizations observe them as such by closing for the day and giving staff the day off.

That wraps up the list! How about you? How many holidays does your country celebrate?

The Pros and Cons of Working Independently