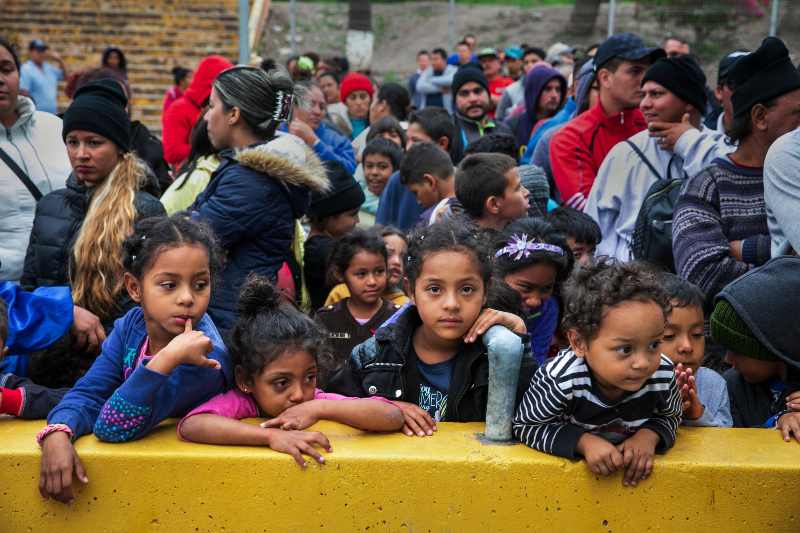 As Joe Biden’s administration decided to undo the damage done by his predecessor, there is a surge of migrant families thronging the US-Mexico border. Better still, what is getting problematic is the crowd of unaccompanied minors sticking around the border, hoping for good news at a time from the White House.

Apparently, there has been a 120 percent jump since October according to the US Office of Refugee Resettlement. There is a surge in the number of those appearing on the border unaccompanied. They cannot be turned away and have to be adhered to and assisted in the best possible way.

Under Covid-19 restrictions, the makeshift arrangement by the agency cannot home the kind of numbers that are visiting the border. The movement has increased since the Biden administration decided to undo the damage that Donald Trump had done. Biden started with forming a task force to try to reunify families separated at the border under the previous administration and vowing to halt the quick deportations of minors.

This news has led to a surge of unaccompanied minors on the border. Most belong to families where parents are either on the other side of the border or hailing from poor families where children are looking for a better chance of survival in the US.

The US Office of Refugee Resettlement comes under the purview of the Department of Health and Human Services. Under the new directives passed by Biden, they could announce that they are reopening an overflow detention center for children in Carrizo Springs, Texas to keep up with the flow of unaccompanied minors arriving at the border.

In order to eliminate the misery troubling those in Mexico that are trying to immigrate into US, the United States President Joe Biden has decided to do something more concrete- work with regional partners to address the underlying causes of migration and shore up foreign governments’ capacity to assist asylum seekers closer to home.

Is work-life balance an end game? It’s rather a journey and a constant cycle!