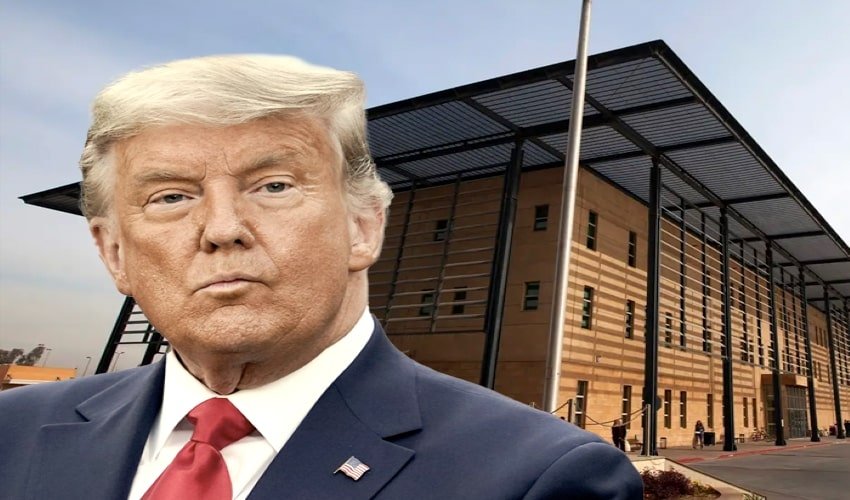 On Wednesday, the US outgoing President Donald Trump accused Iran of attacking US embassy in Baghdad and warned Tehran against any further attack on US personnels or embassy in Iran.

Trump tweeted, “Our embassy in Baghdad got hit Sunday by several rockets. Three rockets failed to launch. Guess where they were from: IRAN. Now we hear chatter of additional attacks against Americans in Iraq. Some friendly health advice to Iran: If one American is killed, I will hold Iran responsible. Think it over,” Along with the tweet he also posted a photo of what appeared to be three rockets.

Our embassy in Baghdad got hit Sunday by several rockets. Three rockets failed to launch. Guess where they were from: IRAN. Now we hear chatter of additional attacks against Americans in Iraq… pic.twitter.com/0OCL6IFp5M

Iran has been launching multiple attacks targeting US forces positioned in Iraq, the recent one being carried on Sunday, when the US embassy in Iraq was attacked by rockets. According to the Iraqi security forces the blast caused only material damage and no casualties. It was the third attack on American military and diplomatic base in Iraq despite the signing of an indefinite truce agreement between US and pro-Iranian groups in October. US President expressed being irked by Iran’s frequent violation of the accord.

In September, after a similar attack on the Green Zone of Embassy area, which hosts diplomatic missions and government buildings, Trump administration warned Iraq of complete shutdown of US embassy in the country, if the attack continued.

US Secretary of State Mike Pompeo also held Tehran responsible for the recent embassy attack. In addition to his comment, the US military command, which oversees the region, said that the rocket attack “was almost certainly conducted by an Iranian-backed rogue militia group.”

US military, in a statement said that while it “caused no US injuries or casualties, the attack did damage buildings in the US embassy compound, and was clearly NOT intended to avoid casualties… The United States will hold Iran accountable for the deaths of any Americans that result from the work of these Iranian-backed rogue militia groups.”

US has put its guard up and on Sunday, General Kenneth McKenzie, the head of US forces in the Middle East even sent a message to Islamic Republic that Washington was prepared to hit back in case Iran attacked it in an act of vengeance to mark the first death anniversary of the top Iranian General Qasem Soleimani, who was killed in the US air strike, earlier this year.

Earlier this week, General McKenzie, who heads the US Central Command (Centcom), told journalists, “We are prepared to defend ourselves, our friends and partners in the region, and we’re prepared to react if necessary.” Analyst believe that Iran might launch an attack against US, as it was just few weeks left to Soleimani’s death anniversary, who was killed on the January 3, 2020, by a US drone strike near the Baghdad airport. The tensions between Iran and US have been on rise ever since that attack. But weeks ahead of the event made US to put its forces on high aleart as Tehran vowed last month to avenge both Suleimani’s killing and the assassination of its top nuclear scientist, Mohsen Fakhrizadeh, who was killed in November.