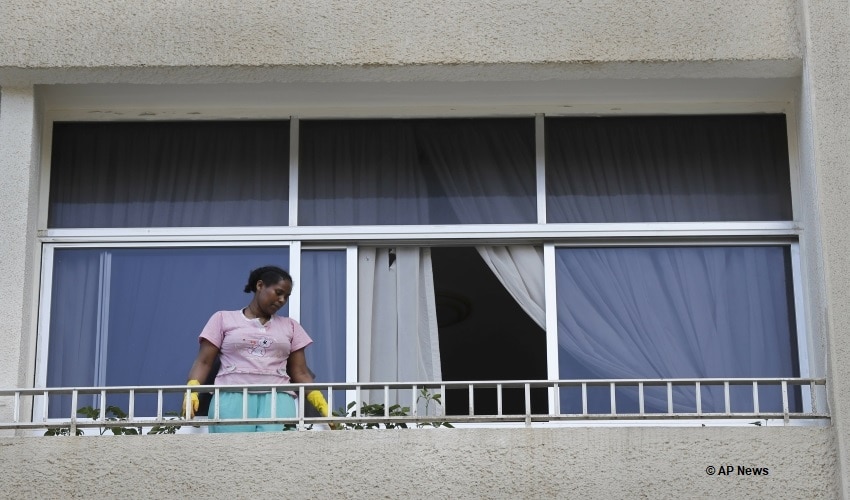 Migrant workers are facing a tough time keeping their heads above water in Lebanon.

Migrant workers are facing a tough time keeping their heads above water in Lebanon. The lockdown situation along with the recent blast in Beirut has made their eviction an inevitable consequence. The blast has apparently affected their residence and also chances of getting any replacement jobs either.

United Nations migration agency, IOM is already seeking donations worth $10 million to respond to the blast.  Under the kafala sponsorship programme, Lebanon has been home to more than 2 million foreign workers. Most of them are confined to a single owner which has lead to exploitation at the hands of the same.

IOM is responding to the urgent needs of large sections of Beirut’s population who remain homeless after Tuesday’s explosion.

We continue to support the people of Lebanon, and the migrants and refugees hosted throughout the country: https://t.co/92bdE3U0qW pic.twitter.com/uL3N6b4Awp

As of now, almost 25000 migrant workers have been affected by the blast of the total 3 million people affected by it. Migrants mainly comprise those hailing from Ethiopia, Bangladesh and the Philippines. Most of these migrants are now in need of food, shelter, and cash for rent, medical aid, mental health care and support to return home, according to reports shared by IOM.

Many undocumented workers and those without work are asking to be repatriated free of cost. They have no place to live or sought food and water to drink. It is therefore becoming common practice for many such unfortunate migrants to ask for help from the Lebanese consulate.

The Kenyan embassy in Kuwait, which oversees Lebanon, said in a statement to Reuters that it would help workers with emergency documents and negotiate to waive overstay penalty fees but that returnees would have to fly back at their own expense. This seems next to impossible, unless Lebanese government can waive off their ticket cost.

Even before the blasts happened, migrant workers were requesting to be sent back home for free. The Lebanese economy is in dire straits and it is no surprise that most of the employers may have no money to pay their migrant employees.

Meanwhile the Lebanese Labour ministry has said that it is working to find solutions to the problem in the most humanitarian way. There are individuals and

In some places countries as well that are willing to go that extra mile and help the migrants in form of kind and cash to fly back home.  But not everyone is being catered and it’s a challenge owing to the fact that there are just too many emergencies in Lebanon to listen to the plight of the migrant stuck there.

My brother recommended I might like this web site.
He used to be totally right. This put up actually made my
day. You can not consider simply how so much time I had spent for this information! Thanks! https://vanzari-parbrize.ro/parbrize/parbrize.php

My brother suggested I may like this blog. He used to be
entirely right. This submit truly made my day.

You cann’t consider simply how much time I had spent
for this information! Thanks! https://vanzari-parbrize.ro/parbrize/parbrize-maserati.html