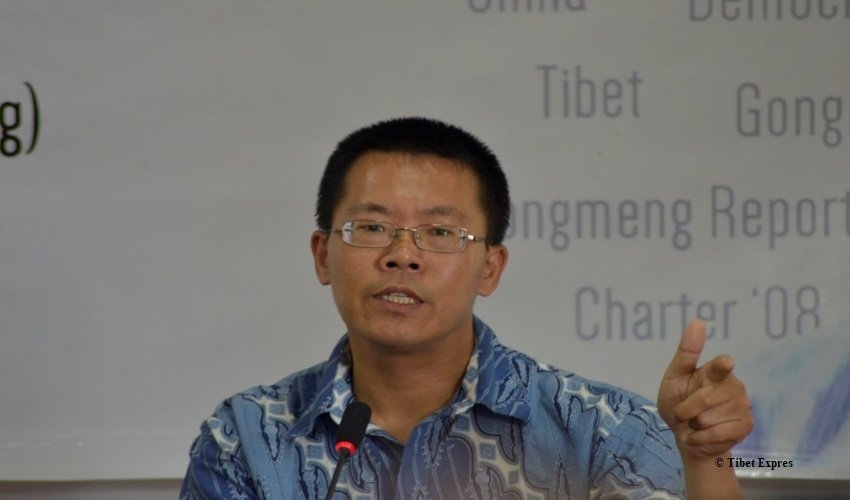 Teng Biao, a Chinese lawyer and a human rights activist during a recent webinar titled ‘Chinese Communist Party: An Existential Threat to Humanity and the Rules-based World Order’, said that the Chinese Communist Party (CCP), established in 1949, was a humanitarian disaster right from the start, while things got worse with Xi Jinping taking control of the nation in 2012.

Teng highlighted how the Chinese communist regime dealt with dissidents from the very beginning, starting from the execution of the Kuomintang people and butchering of landowners, to slaughtering of thousands of Chinese protestors in 1989, at Tiananmen Square and imprisoning and torturing to death millions of Falun Gong practitioners in1999. Recent arrests and killing of pro-democracy protestors in Hong Kong was part of the regime’s brutal legacy.

I was kidnapped, disappeared, and tortured in China. Xi Jinping’s government tightened its control on the internet, universities, and civil society in a comprehensive crackdown. In Xinjiang, it detained at least one to two million Uighur Muslims and other Turkic Muslims to lead to the worst humanitarian disaster in the 21st century.

Teng Biao, a Chinese lawyer and a human rights activist

Teng also highlighted how the Chinese regime ran an espionage network through its media agencies who help it in spreading Chinese propaganda. The government also use technology including launching apps like TikTok, WeChat, it extracted user information and other details, which helped CCP in further magnifying the propaganda game.  He added that Confucius Institutes also pose a major threat to academic freedom. In total, there are over 1000 such Institutes, blocking sensitive topics from being discussed and inviting dissident people critical of the CCP.

Teng Biao says Western groups and businesses "practice self censorship in order to maintain their relations with China or enter the Chinese market."

"Some companies have even cooperated with the Chinese Communist Party to do evil, helping the CCP to develop censorship software."

Teng added that under Xi Jinping’s rule the government’s crackdown on dissidents, especially in case of Hong Kong, was extremely savage. He said that Hong Kong’s National Security Law is an example how China was practicing extra-territorial jurisdiction. Teng said, “It has entirely destroyed the Sino-British declaration. There is an article in this National Security Law which endangers everybody across the world. If you support Hong Kong independence and oppose Jinping, you have committed a crime and you might be arrested if you travel to Hong Kong. The Law is in conflict with the Sino-British declaration and is a breach of international laws so according to the extraterritorial article in this law. Its a symbolic threat to everyone who is intending to criticise the CCP.”

The webinar organised by Usanas Foundation, an Udaipur-based think tank, brought together various speakers at one platform including Namrata Hasija, Senior Fellow at Centre for China Analysis and Studies; Abhijit Iyer Mitra, Senior Fellow at Institute of Peace and Conflict Studies and Teng Biao, Grove Human Rights Scholar, Hunter College and President, China Against Death Penalty. The online event was moderated by CEO of Usanas Foundation Abhinav Pandya. Namrata Hasija, who spoke about China’s Belt and Road Initiative (BRI) and the China-Pakistan Economic Corridor (CPEC) highlighted how the two initiatives were very much part of the Chinese propaganda. She said, “during the first BRI forum in China in 2017, a lot of video propaganda was released in English as the Chinese trying to to explain to the world how important the BRI was. When India refused to join it, there was a lot of criticism. The BRI has nothing for the global good but has only put China’s state-owned enterprises in profit.”