US On Taliban Over Human Rights Violations In Afghanistan, Need For A Review? 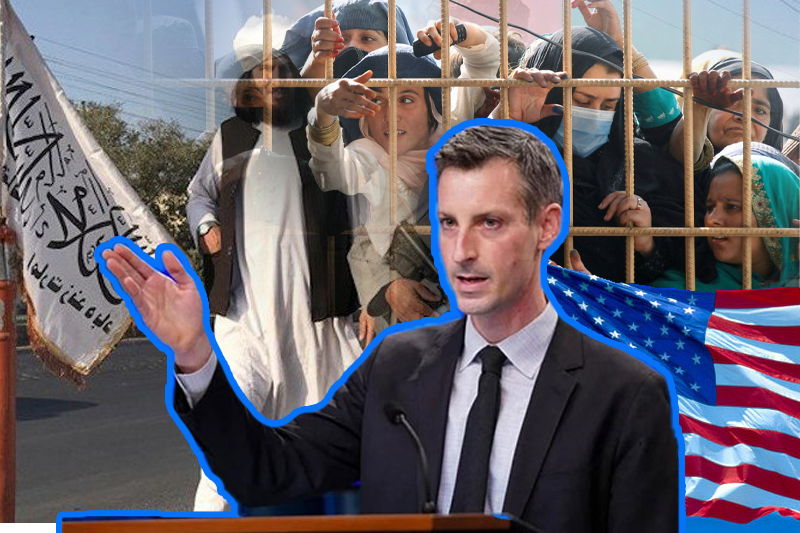 US News : After several reports of human rights abuses in Afghanistan in the media, now America is taking action, at least the statements of American officials are indicating the same.

In the press brief, the State Department spokesman Ned Price also told that The US is reviewing the approach and engagement with the Taliban. This is happening after the many human rights violations and, brutal crimes against humanity had happened there. Though they avoided explaining what exactly American Government is planning to stop the violation of human rights by the Taliban.

After indicating plans to modify ties with Afghanistan, the US official said the government will not tolerate what the Taliban call a crime against humanity.

Below is the part of Ned Price’s statement which will give you a clear idea of ​​what mood America is really in –  “We have made it clear that the Taliban will pay a price for these actions. Absolutely everything remains on the table. And we’re looking at several options that will allow us to maintain our principled position as the largest single donor of humanitarian aid in Afghanistan, money that goes directly to the Afghan people – while preventing We are also making every possible effort to prevent further deterioration of the humanitarian situation.”

The media asked US official Price how long the world can expect to see any decision on the ground by the United States.

He said that change needs time and that change also needs the support of allies and nations, including international troops and Afghan women.

What Happened In Afghanistan?

Ever since the Taliban came to power after the US troops left, not a month has gone by since the world hasn’t seen news of human rights abuses in Afghanistan. In December they banned university education for women, and the press and media are prohibited there recently the Taliban government amputated 9 people and punished much more news is there in line!

We appreciate the initiative of the US government, it is time the government can strengthen its falling image as human rights advocate!

12 Benefits of Working a Part-time Job as a Student