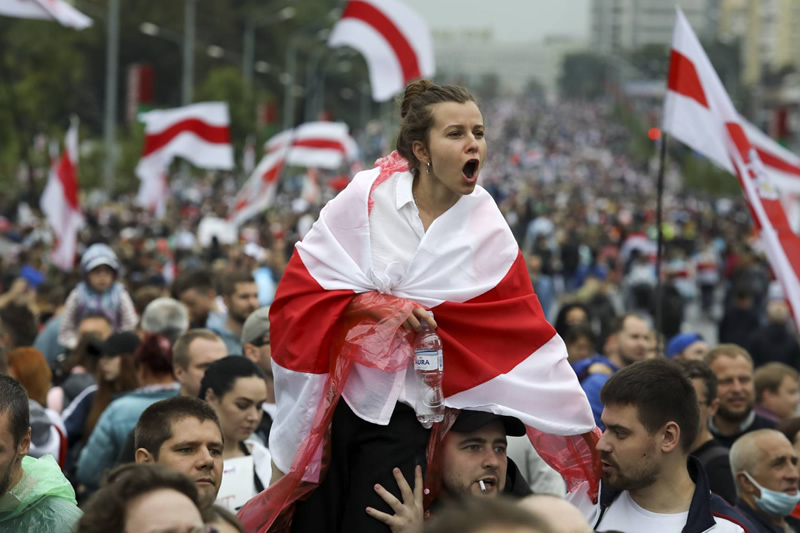 Belarus of Europe continues to face its largest human rights crisis in modern history. About 35,000 people have been subjected to detention in degrading conditions. A total of 674 people are recognized as political prisoners, and all civil society organizations are disbanded forcefully by authoritarian rule.

The Belarusian authorities are also taking deliberate actions to oust independent media and deprive the masses of the free flow of information.

As of now, there are about 27 journalists and 54 cultural workers detained behind bars.

In the initial six months of 2021 alone, about 621 human rights violations against cultural workers have been recorded.

The repression impacts groups at risk of discrimination – based on sex, age, gender, political opinion, and socioeconomic status.

On Friday, the UN High Commissioner for Human Rights Michelle Bachelet said, she is alarmed by “persistent allegations” of “systematic and widespread torture” of protesters in Belarus.

Michelle Bachelet, speaking to the Human Rights Council in Geneva, said gender-based violence is of grave concern, signaling at reports that about 30 percent of those detained were women and girls.

“Since the re-election of President Alexander Lukashenko last year in August, restrictions on fundamental freedoms have intensified,” Ms. Bachelet said.

She said that the ongoing police raids against independent media and civil society groups and the politically motivated criminal prosecutions of journalists and activists are “very alarming.”

Ms. Bachelet highlighted that the Belarusian authorities are on a roll to suppress criticism and dissent of governmental policies, adding that she regretted the turning down of the request for a meeting with the Belarusian Ambassador, preventing a working visit to the country.

Responding to criticism at the Council, Belarus said that its Government had restored political order in the country and “people were leading normal lives.” It pressed that the authorities’ actions in Belarus are directed at protecting the rights of all citizens.