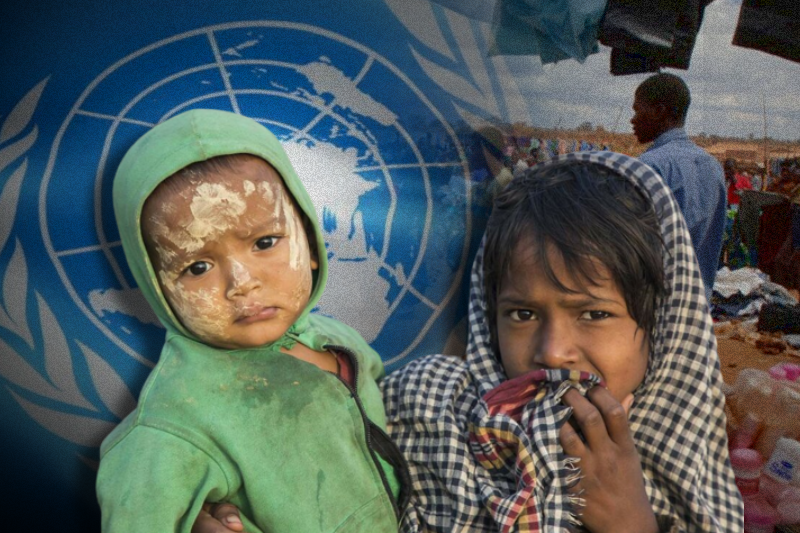 United Nations has led to many refugees in Dzaleka camp in Malawi cut off from the beneficiary list, leaving them in dire hunger crisis

Malawi – Underfunded and under pressure due to other world emergencies, United Nations’ WFP (World Food Programme) has “re-evaluated” needs of the hundreds of refugees living in Malawi’s Dzaleka camp, cutting them off the aid list. The plight of these refugees has worsened as they now stare at hopeless days empty stomach.

“My husband and I are jobless and depend on rations to survive. Ever since we were taken off the list, life has been very hard and we’re just surviving on the grace of God,” says Fayness Alpha who came to the camp when she was just 15 years old. Now a decade later, with unemployed husband and three children, she has to watch her children cry with hunger helplessly.

Dzaleka, a refugee camp that is located 40 km from Malawi’s capital Lilongwe, houses thousands of refugees who are unable to find work or leave the camp. Their only hope for food has been WFP which has now been snatched away from them.

Alpha has now appealed to WFP staff for reconsideration of the edited list and her case. “Life is complicated now, and as you can see my children are crying because of hunger. We’re living a difficult and painful life.”

“Re-evaluation” of the Dzaleka camp refugees

In 2020, United Nations had conducted a “vulnerability profiling exercise” of 10,846 refugee and asylum-seeker households in the Dzaleka camp. The exercise determined that 678 households had found alternative households thereby giving them a security related to food. But many who have been removed from the list say they have been devoid of aid on baseless profiling.

Why the WFP aid shortage?

The continuing growing number of people in camp is leading to stretched resources of WFP. Paul Turnbull, WFP director for Malawi says, “WFP appreciates the support it gets from its funding partners to provide food assistance to refugees in Malawi and elsewhere. The number of refugees in Dzaleka camp has more than doubled since 2013. With limited access to business opportunities, WFP assistance is the primary source of food for most people. Alternative sources of livelihoods in the camp have also been affected by the pandemic.”

Many people who have been removed from list say it is baseless. Elie Zagabe, 37, who escaped from war in DRC 16 years ago  says, “I lost my position [on the list] because the two children are seriously sick.”

The scores of refugees in Malawi’s Dzaleka are waiting for some justice, but it might be a long struggling road. What is your take on it? Do share in the comments section below.