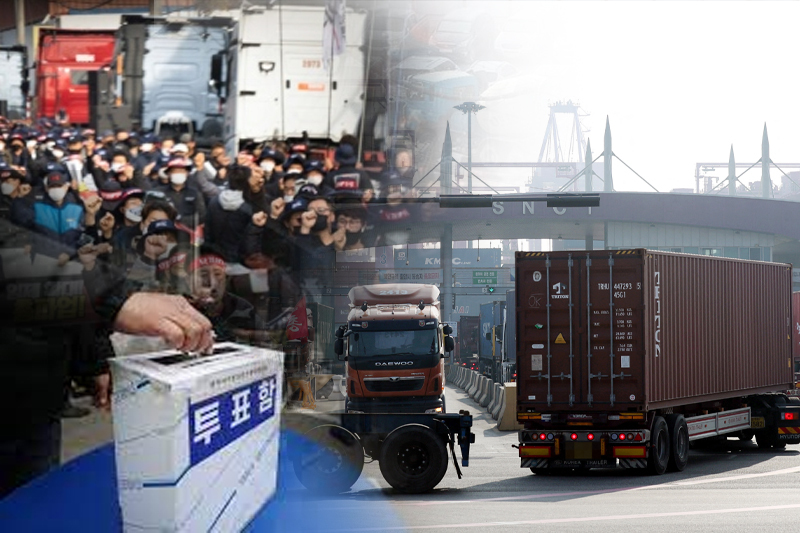 The strike by South Korean truckers, which had been going on for several weeks, was finally put an end by a majority vote on Friday.

According to Seoul’s commerce ministry, the strike, which began on November 24 in protest of the minimum wage, caused delays in the delivery of goods worth an estimated 3.5 trillion won ($2.65 billion) in its first 12 days.

The government ordered truckers in the steel and gasoline industries to report to work on Thursday, or else face the potential of jail time or a fine, after President Yoon Suk-yeol denounced the move as “a danger to the economy.”

A majority of votes were cast in favour of calling the strike to an end and going back to work, according to a statement from the 25,000-member Cargo Truckers Solidarity Union.

According to the Yonhap news agency, more than 60% of voters backed calling an end to the strike. The government was asked by the truckers to extend the “safe freight rate” minimum wage programme, which was supposed to expire at the end of the year due to rising fuel prices.

The government said last month that it will prolong the programme for another three years, but truckers claim that in the absence of a guaranteed minimum pay, more of them will be exposed to overwork and safety dangers.

With more than 4,000 work-related deaths reported between 2020 and last year, South Korea has one of the highest industrial fatality rates for a wealthy economy.