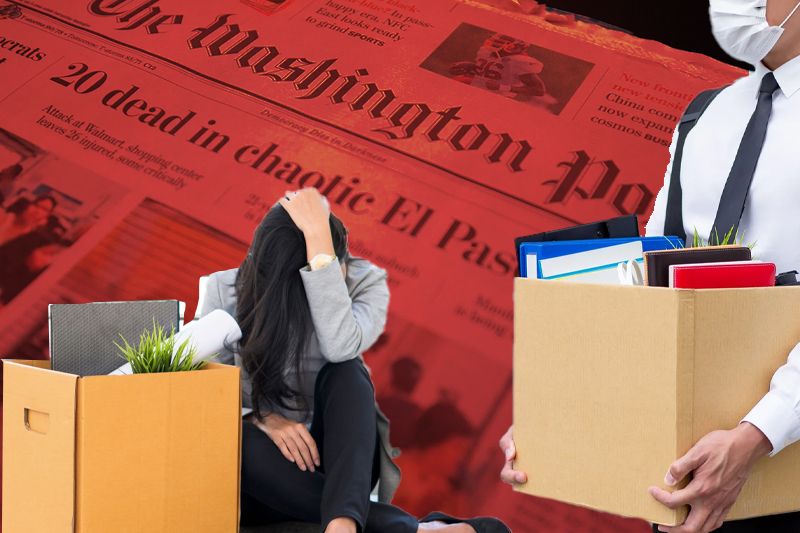 The Washington Post has become the latest company to join the club of companies and firms cutting lose their employees in face of looming recession and rising inflation. The newspaper has announced of beginning layoffs that would be in “single figure percentage” from its workforce of 2500 employees.

The Jeff Bezos owned newspaper will be conducting a round of layoffs during the first quarter of 2023, announced publisher Fred Ryan during town hall meeting, as he blamed the development on worsening economy.

The newspaper publisher Fred Ryan made the announcement during a town hall meeting with the employees that the media firm would be eliminating some of the jobs in 2023, and these would also include some job cuts from the newsroom. The newspaper giant has already shut down the operations of its Sunday magazine and cut lose 11 newsroom employees. Ryan, however, stressed that they will be adding new jobs to counterbalance the job losses of positions that are not serving readers anymore. He highlighted that The Post’s total number of employees will “not be reduced”.

The Washington Post Guild said, “This behaviour is unacceptable from any leader, but especially the leader of a news organisation whose core values include transparency and accountability.” The Guild added, “There is no justification for The Post to lay off employees during record growth and hiring.”

Clarifying the reason for layoffs, The Washington Post said that the job cuts “were part of a plan to invest in coverage, products, and people in service of providing high value to our subscribers and new audiences”. It added, “The Washington Post is evolving and transforming to put our business in the best position for future growth.”

Earlier reports had confirmed that The Washington Post newspaper had lost more than 500,000 of its subscribers since US President Joe Biden began his term in office.

The Washington Post chief of communications Kathy Baird has confirmed the layoffs. “The Washington Post is evolving and transforming to put our business in the best position for future growth. We are planning to direct our resources and invest in coverage, products, and people in service of providing high value to our subscribers and new audiences,” Baird said.