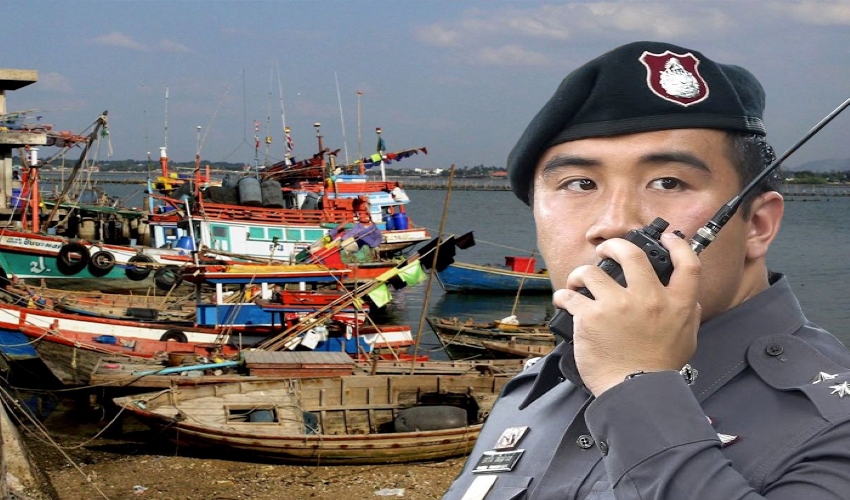 Thai police reported the arrest of six people including a local mayor, for trafficking five Myanmar migrant labourers onto fishing vessels and pushing them into bonded slavery

Earlier this week, Thai police reported the arrest of six people including a local mayor, for trafficking five Myanmar migrant labourers onto fishing vessels and pushing them into bonded slavery. The operation conducted by the federal Department of Special Investigation was conducted as an attempt by the South Asian state to tack and nab the human trafficking practices, which have become part of the corrupted supply chains in its multibillion-dollar seafood sector.

After they collected the first catch they ripped off the crew. “The aim was to sink the workers into a cycle of debt where they have to keep working to pay it off,” Don’t think that we don’t know what you’re up to … we will continue to bring criminals to justice so Thailand can be free of human trafficking and this evil of labor exploitation

Thailand has been facing the issue of trafficking and debt bondage in its fishing industry for past many years. The issue rose to global concern especially after the Associated Press did an extensive report over the matter in 2016, which even won Pulitzer-Prize. The report exposed the level of abuse subjected to the country’s migrant labor employed in its seafood sector, the seventh largest in the world. It is known for supplying tuna, shrimp and pet food to global supermarkets.

In response to the report, European union also issued a warning, threatening the Kingdom to ban its imports, if it continued its inaction towards apparent human trafficking and bonded labour. The EU lifted its threat in 2019 but the recent episode showed there still exits exploitative loopholes in the country’s extensive supply chain.

“[This] arrest demonstrates the power of the law can be brought to bear to protect migrant workers in Thailand, who are among the most vulnerable and powerless.”

With regard to the recent arrests, Andrew Wasuwongse of International Justice Mission said, “Gaps still remain, but in our experience working with Thai government partners within the criminal justice system, the government is working to improve the system and extend more effective protection to victims.” The International Justice Mission is an NGO which works towards eliminating slavery in the seafood industry. It was information provided by the organisation that led to Tuesday’s arrests.

“Today’s arrest demonstrates the power of the law can be brought to bear to protect migrant workers in Thailand, who are among the most vulnerable and powerless,” Wasuwongse added. “More so when their employer is a powerful businessman with an official position in the local government.” This arrest throws light over Thailand’s notorious ports and their workings which many activists are shielded by dodgy boat operators who hide the identities of crew members, the volume of catches and the true ownership of the vessels. Usually only low-level brokers or boat crew are arrested in cases of abuse and human trafficking. Catching big fish need to be the target.