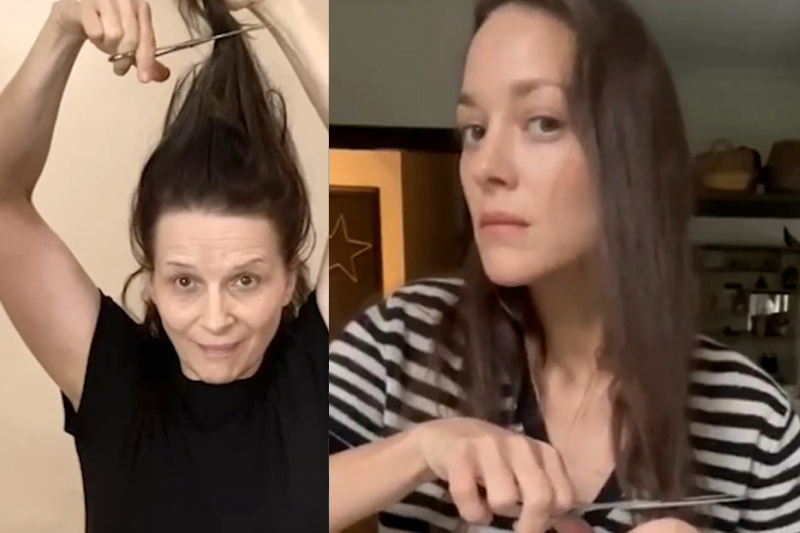 oscar winners cut off their hair for iran protesters

Global – Oscar-winning actors Marion Cotillard and Juliette Binoche, as well as other French screen and music stars, have chopped off their hair in solidarity with Iranian protesters.

These artists have filmed themselves chopping off locks of their hair in a video posted in support of protesters in the Islamic Republic of Iran. Binoche chopped off her hair and said, “For freedom.”

The video of Cotillard, Binoche and other artists cutting off locks of their hair was released on an Instagram account, “soutien femmes Iran” – which translates as “support women in Iran.”

Protests in solidarity with Iranian demonstrators have spread in other countries, including the United Kingdom, France, Spain, Canada, Germany, and the United States.

The biggest protests in almost three years erupted in Iran over the death of a 22-year-old Kurdish woman, identified as Mahsa Amini. She was detained on September 13 for allegedly breaching Iranian rules requiring women to wear Hijabs (headscarves to cover hair) and modest clothes. After three days of coma, she was pronounced dead on September 16 at Kasra Hospital in the capital Tehran. Amini’s family said that Iranian morality police beat Amini’s head with a baton and banged her head against one of their vehicles. However, the Iranian morality police denied such claims.

After her funeral ceremony, massive protests erupted in various cities and districts of Iran, especially in Saqqez, the hometown of Amini. People demanded freedom from mandatory Hijabs. Women protesters chanted, “Woman, life, freedom” and “Death to the dictator” – a reference to Khamenei, the Supreme Leader of Iran.

Iran Human Rights, a Norway-based human rights group, said that at least 92 people have been killed during protests.