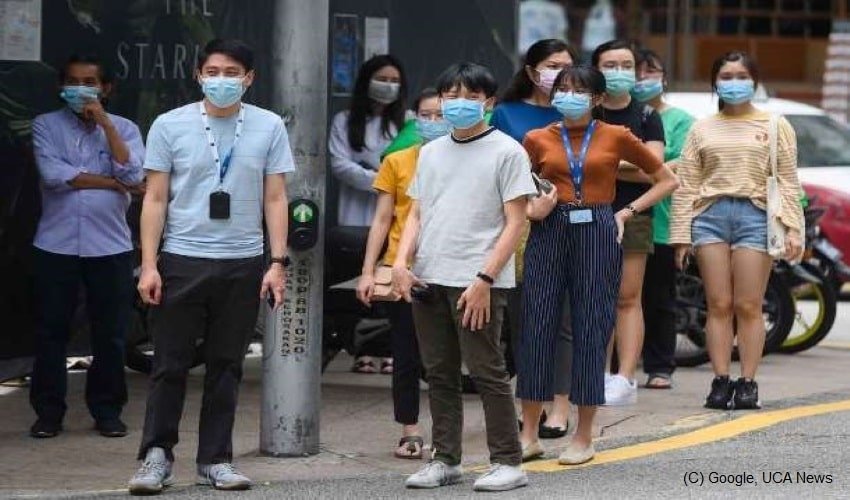 Of late Malaysia has faced a huge surge in the covid infection cases, mainly attributed to the migrant workers and their congested living in dormitories.

Of late Malaysia has faced a huge surge in the covid infection cases, mainly attributed to the migrant workers and their congested living in dormitories. In November, the South-Asian country counted a record 2,188 COVID-19 cases, with daily average of 1000 cases. Most of the reports linked the hike in virus injection to company’s dorms for migrant workers, amidst whom the name of global rubber glover maker, Top Glove, emerged on the top.

To control the situation, Malaysia imposed fines of $12,300 on the employers of migrant workers, in case of every substandard accommodation, in order to control covid surge. On December 1, the country’s Human Resource ministry on launched 19 investigations into six Top Glove subsidiaries, and discovered the company, which made most profit during the pandemic, failed to provide safe housing environment to its migrant workers.

One of the migrants, who spoke about the company’s dingy and cramped up living spaces (on the condition of anonymity) said, “We were very worried since the pandemic started about getting infected, but this is where we have to live.” The young worker, who feared retaliation, cautiously spoke against the company’s dorm conditions, saying, “We’ve been very worried about living in one room with 30 people because if one person gets it they can bring it back. We’re worried, but we have no choice.”

He also opened up against Top Glove’s oblivious attitude towards the workers health and blamed the irresponsible management for development of covid cluster in the dorm as eleven of his roommates tested positive for COVID-19. Though the infected workers were moved to the hospital or put under quarantine, yet the danger of rest falling sick was far from over.

He said, “If they [Top Glove] had taken the right steps, maybe this situation would not have happened. The company did not take care of us and protect us from COVID-19 the way it needed to.”

The migrant worker rights activist Andy Hall told Straitstimes,”It is important to note the issues being exposed through the Top Glove case study of abuse are systemic issues across the whole of the Malaysian gloves sector and indeed most migrant labour-intensive sectors of the Malaysian economy.” Hall added, “The conditions in Top Glove are far from the worst; they are actually better than most even.”Speaking about the condition  at other glove manufacturers, Hall said they were “appalling” and “terrible”. Many researchers believed that Malaysia’s mistreatment of its migrant worker population would harm the economy, which is dependent on these workers for the resurgence of its industries and businesses post the pandemic. Malaysia, which houses at least two million migrant workers, (making up 15% of its total workforce), did little for the safety of its low-wage and low-skilled migrant workers. Reuters reported how the authorities detained over 1000 illegal migrant workers and threw them in overcrowded detention centres which later emerged as hotbeds the Covid-19 cases.