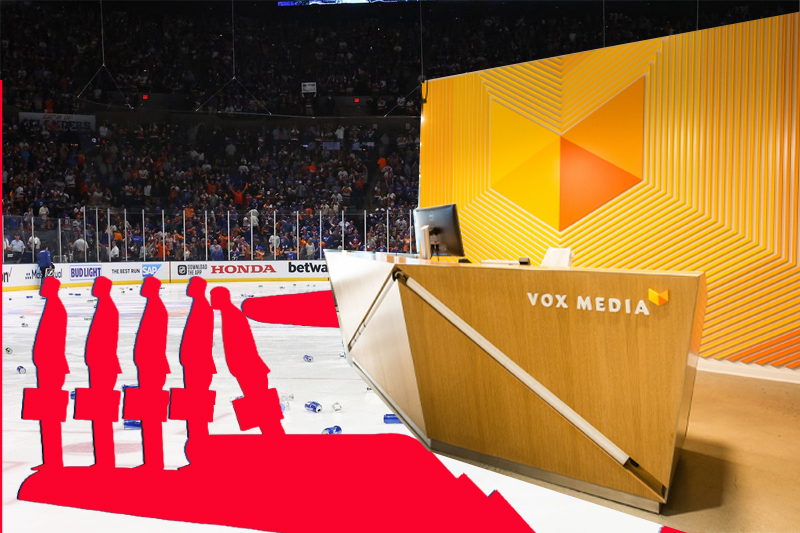 layoff in vox sports, ready to shed 7% of workers details

Friday morning was surprising for the Vox empire’s people. In the morning they came to know that several salaried employees of Vox who write for the SB Nation Hockey site the company is going to shed off. And they are also taking back his support from supporters and contributors.

A total of 130 employees will lose their job in this cutoff, which is equal to 7% of the workforce.

And hereby, henceforth all six hockey sites will not be supported and monetized by Vox Media. The Vox already had fired their full-time employees from non-sports verticals. They also removed the monthly stipend.

Vox CEO Jim Bankoff wrote a memo to employees, saying that due to these tough market conditions and slowing economic rates, we are not prepared to see any growth in our business. We do not expect that we will do any great good in the years to come.

They also said that they are going back to this cutoff, and many dedicated and talented people are going to leave them.

And after this announcement, many sports writers throughout the day were expressing that they have been eliminated. Founder and editor of MMA site Bloody Elbow Nate Wilcox tweeted that he was fired just with a 15-minute notice.

And after this SB nation also cleared that they are part of this layoff. Steph Driver the hockey writer said that they thought that they will leave the Vox and SB but today they fired me. They also said they don’t know what he will do next.

SB Nation’s social media manager Kat Archer also said that her time was up with SB nation and Vox. That’s short all came as a surprise and most of the SB nations need time to digest it.