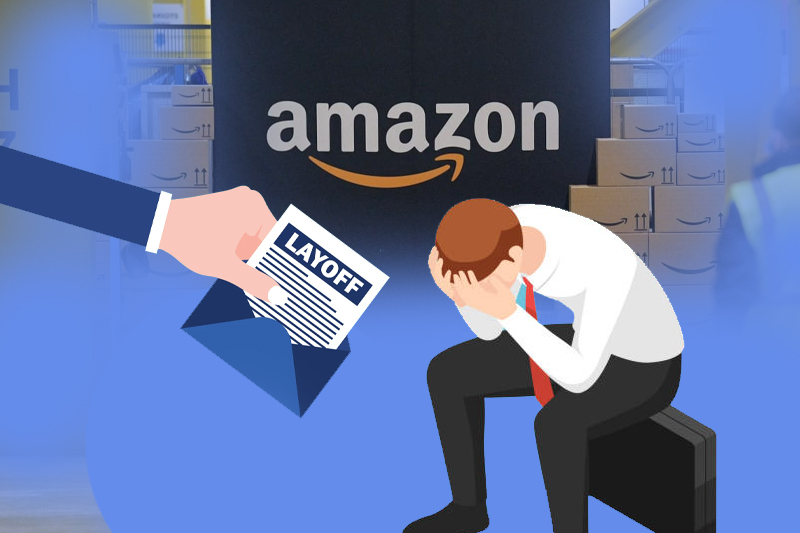 layoff alert amazon is ready to cut in the us, canada, and costa rica

Amazon is all set to cut its workforce in the region of the US, Canada, and Costa Rica, more than 18000 employees will be laid off. The Jeff Bezos-led company is finally downsizing after making headlines by announcing layoffs, at a time when growth is slowing and market conditions are not good.

CEO Andy Jassy announced at the start of the new year that between the cuts we made in November and the cuts we made today in January; We plan to eliminate over 18,000 roles across the company alone. Although Amazon has already laid off 10,000 employees in the first round of layoffs.

Previous layoffs by the company affected the devices and services group that makes the Echo smart speaker and the Alexa digital assistant. Now, this term of firing will majorly impact the employees of the Human Resources wing of the company.

According to Harrington, who is Amazon’s global retail leader, and Galetti, who heads human resources wrote the letter to employees, this means that retail, IT, and human resources departments will be most affected by the layoffs.

The layoffs are very recent news in the IT industry of the United States, as companies reduce and cut their bloated employee, and cut costs to face the alarming situation of the market. You may recall that Jesse Bezos’ company became the first publicly known company to lose a trillion dollars in market value in November.

Therefore, layoffs were expected as they said they would make changes to recover and stand up to changes in market chains.