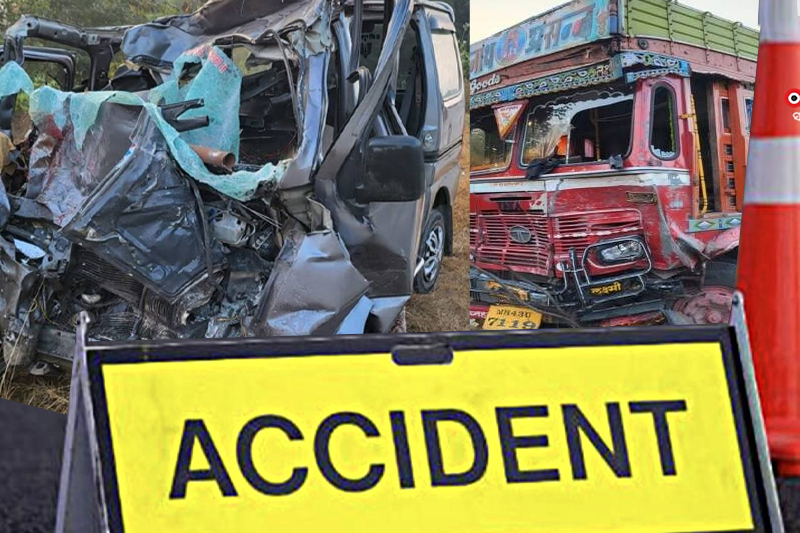 Mumbai: Sleepy mornings and highway drives – a danger? But this incident took place today in Raigad on the Mumbai-Goa highway. After that 9 people did not see the sunrise.

A major accident took place between a van and a truck at 4:45 am on Thursday. In this collision, 9 people died and 1 other child was injured. This is happening in the Raigarh district of Maharashtra, which is located in Raigarh, about 130 km from Mumbai. The local police have confirmed this news.

Superintendent of Police Somnath Gharge said that the victims of the incident were family and relatives who were going to Guhagar in the van. They were the local residents of the Hedvi village in Guhagar and the truck was going to Mumbai. When the police got alerted, they quickly reached the spot and the 4-year-old girl is still in the hospital. All the rest of the bodies were sent to the hospital for postmortem.

Although the police did not specify the cause of the accident said that the cause is yet to be ascertained. But as Mumbai is facing fog these days, the weather and a nap can be a reason to rejoice. But we will have to wait till there is confirmation.

No official of the government has said anything about this accident till now.

Multiple workers! save your peace of mind with these tips