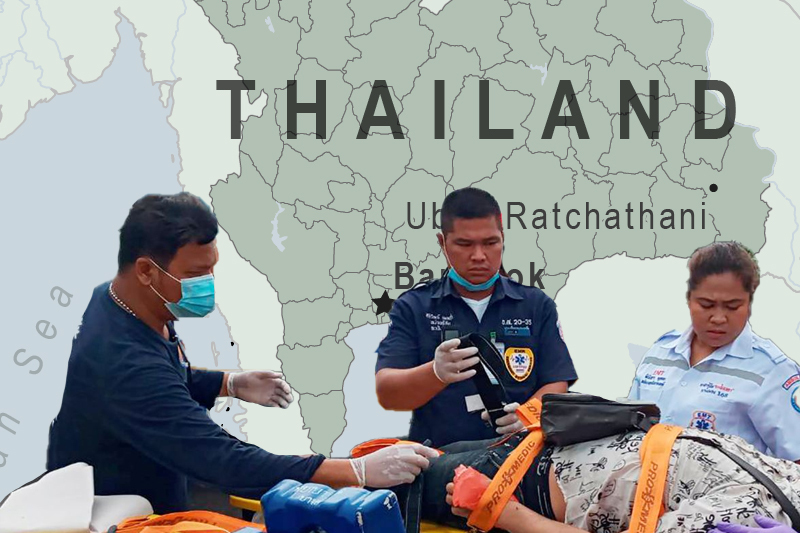 A bus carrying 47 Migrant Workers crashed in Thailand Tak province. 2 migrant workers from Myanmar killed and more than 40 injured in the bus accident.

Around 9:00 p.m. on November 29, a bus carrying 47 migrant workers from Myanmar overturned in Thailand’s Tak Province, killing the driver and two of the passengers and wounding more than 40 others.

The Joint Action Committee for Burmese People’s Affairs (JACBA) Chairman, Moe Joe, claims that the bus’s brakes failed just before the disaster, which occurred between the 68th and 69th kilometer signs on the Doi Rauk road in the vicinity of Tak City. The bus flipped over as a result of the driver losing control due to this.

“The accident occurred after the bus’s brakes were destroyed and rendered inoperable,” he claimed.

At least 40 additional workers were hurt in addition to the driver plus two Myanmar laborers who perished. They were taken last night to Kink Taksin Hospital.

The bus was transporting migrant workers from Mae Sot District near the Myanmar border to Hat Yai in Songkhla Province to work in a factory.

The police are looking into the accident and working with the right agencies before taking the proper measures, per the local Thai media reports.