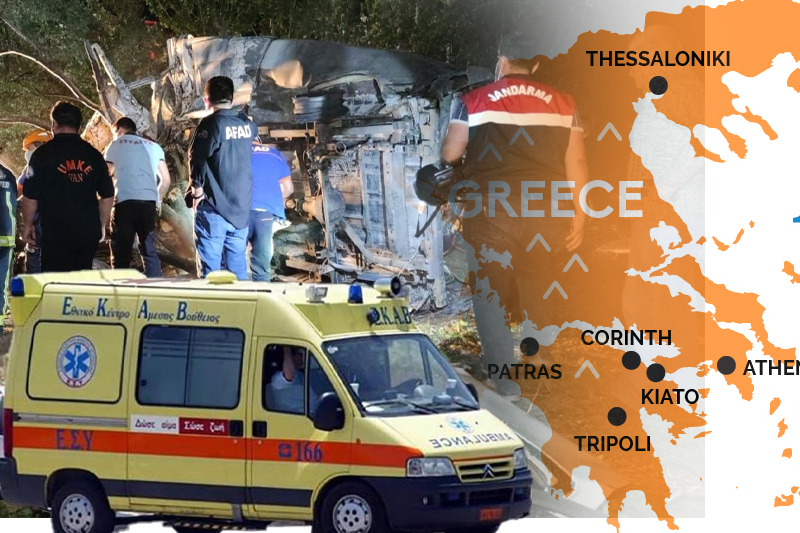 In north-eastern Greece, a minibus of migrants got into an accident and 1 of the migrants died in this accident. 3 more migrants were injured. This all was reported by the Hellenic state radio. This region of Greece always faces this kind of accident and the reason behind it is the tried smuggling of migrants from the Greek-Turkish border in the areas of western Greece.

This recent accident happened because the minibus overturned. The ERT1 Greek public broadcaster said this to the local police on the 2nd of January. But it is not yet clear why this incident did not come to the notice immediately.

The driver of the bus is missing, he is the suspected smuggler.

Twelve migrants aboard the bus are safe. The vehicle minibus was going to western Greece from the Turkish-Greek border region. This is a very common way used by people and smugglers. the police said this in his statement.

Nowadays many migrants are trying to reach Central and Western Europe, including Italy. for reducing the distance they are using Greece routeway for traveling, by this, they can claim their first asylum from another country. Smugglers are active in this region they are finding various ways to bring the migrants by hiding them, here via the Greek-Turkish border. These all lead to accidents.

Those smuggling groups arrange up to €7,000 for such a trip. It is not yet clear how many migrants reach Central and Western Europe using this route. 5,800 people came to Greece from Turkey, according to data provided by the UNHCR UN refugee agency for registered migrants.

So, the recent accident reminded me that getting shelter is not easy, but choosing the wrong way can lead to death!