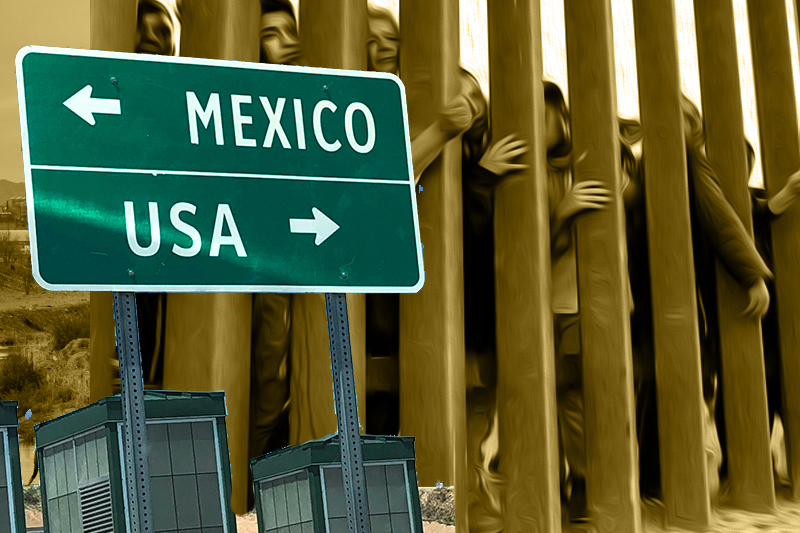 2 misconceptions and one truth about the us mexico border

Another disappointing congressional session for immigration reform was held because of some circulating myths about US-Mexico.

Trump used it with COVID-19, but Republicans have repeatedly blocked the Biden administration from using it. But 14 states told the Supreme Court that removing this article would be a big loss for America. Then the court said that the article will continue till the final decision of the court. Republican Sen. Mike Lee tries to block a $1.7 trillion bill in the name of Article 42.

Fact: Title 42 has not helped control the border

This article has made the situation worse at the border. This encourages repeated migratory crossings. It promotes many other activities by human traffickers.

The real solution is to create an order and process for asylum involving border officials and immigration judges.

Myth: The border is open

U.S. government presented him like they were ready to welcome migrants. 26,000 Border Patrol agents and other drone sensors are at borders to find and help migrants. High budget priority for legislators for the border region. $16.7 billion was appropriated in the latest omnibus bill.

Fact: the crisis is at the border

The humanitarian crisis is at the border. Many conservative politicians call migrants a crisis. They left their homes because of the bad economy, and food conditions their place. But a large number of migrants try to cross the border many times. As title 42 is returning them repeatedly.

The humanitarian crisis needs to secure the southern border and do so humane Leaders need to come for it.

5 things  a working woman would know