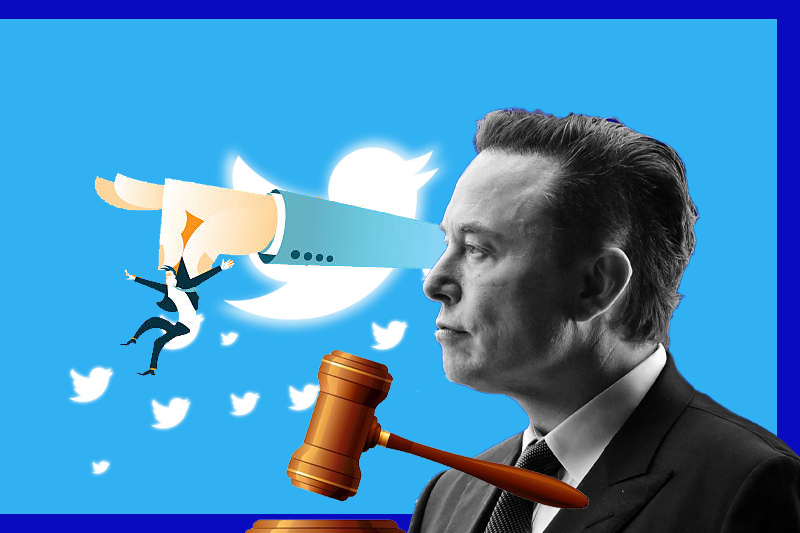 NewYork : Twitter Inc has allowed the social media company to pursue its claims in an individual manner rather than a class action. This action is taken to force the dismissal of the employees.

James Donato the  District Judge of America said this Friday that 5 ex Twitter employees are claiming by class action and saying that the company had not provided them with layoff notice on time, now Twitter’s CEO Musk will enter private arbitration. You must personally pursue your claims, the judge said.

Donato accepted Twitter’s request to remove the five ex-employees individually and press their claims, this is according to the agreements they signed with the company during the time of joining.

Though Twitter had not responded immediately even after the request for comment after the judge’s decision. Another San Francisco judge ignored the ruling for the day on basis of developments in the case as they want that all the cases should be dropped. But they gave attention to those 3 Twitter employees who have filed charges and chose the way of settlement with the company.

The attorney representing the plaintiff, Shannon Liss-Riordan, said Monday that he had already filed 300  for claims arbitration on behalf of ex-Twitter workers and would likely file many more.

All of those workers claim they haven’t received the full severance package which was promised by Twitter, many employees who had faced layoffs also blamed the discrimination of sex or disability.

So, this new turn in Twitter’s layoff is seeking the eyes of a large group of employees and employers as well, by this maybe we can see this kind of pressure in more cutoffs by the companies to their staffs and team!