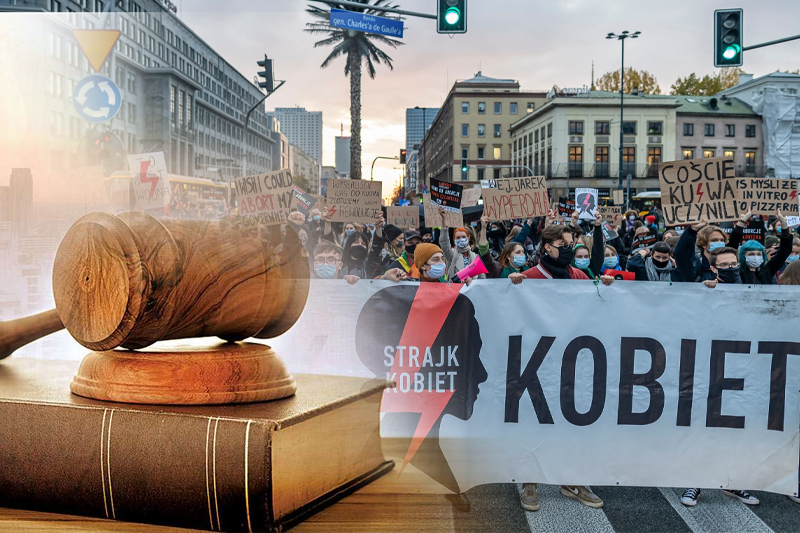 Human Rights Watch stated today that Poland’s government must stop persecuting pro-choice activists and dismiss all charges against a lawmaker who took part in a pro-choice demonstration.

Joanna Scheuring-Wielgus, a member of the Left (Lewica) party, was accused by the Toru prosecutor’s office of “offending religious sensibilities” and “malicious interference with religious worship” on November 29, 2022.

The maximum sentence for each crime is two years in prison. She made a not guilty plea.

According to Hillary Margolis, senior women’s rights researcher at Human Rights Watch, “bringing charges against a lawmaker for a peaceful protest is an undeniably alarming escalation in the Polish government’s efforts to criminalise not only abortion but also anyone who openly supports reproductive rights.”

Such blatant attempts to silence proponents of women’s rights and tramp over free speech protections demonstrate how precarious all rights are in Poland today.

In a Toru church on October 25, 2020, Scheuring-Wielgus and her husband Piotr Wielgus hoisted a banner that read, “Woman, you can decide for yourself,” in opposition to a Constitutional Tribunal decision that effectively outlawed access to legal abortion in Poland.

Prosecutor General Zbigniew Ziobro filed a motion in December 2020 to revoke Scheuring-Wielgus’ parliamentary legal immunity due to the protest.

The resolution was approved by parliament on November 4, 2022, and Scheuring-Wielgus was charged despite the Toru district court upholding her husband’s acquittal for “offending religious belief” in connection with the same incident in October 2021.

Abolishing access to legal abortion in Poland, Poland’s politically compromised Constitutional Tribunal declared in October 2020 that abortions performed due to “severe and irreparable foetal deformity or incurable sickness that threatens the foetus’ life” are illegal.

Previously, this was the reason for more than 90% of Poland’s 1,000 legal abortions carried out each year.

Today, abortion is only legal when necessary to protect a woman’s life or health or when the pregnancy is the consequence of a crime, like rape or incest. It is practically hard for people who are qualified for a legal abortion to get one because of several obstacles.

Evidence repeatedly shows that laws that restrict or criminalise abortion do not end it; rather, they encourage people to seek abortions through channels that may endanger their physical and mental health and undermine their autonomy and dignity.

Since the Law and Justice party (Prawo I Sprawiedliwo, PiS) took office in 2015, the Polish government has consistently attacked abortion rights campaigners and sexual and reproductive rights, notably access to abortion.

The government, according to pro-abortion campaigners, is increasingly utilising the law to attack them.

After reportedly assisting a lady in getting pills for a medication abortion in 2020, Justyna Wydrzyska, of the Abortion Dream Team, was charged with helping someone have an abortion and illegally “selling” drugs without authorization. Wydrzyska could spend up to three years behind bars.