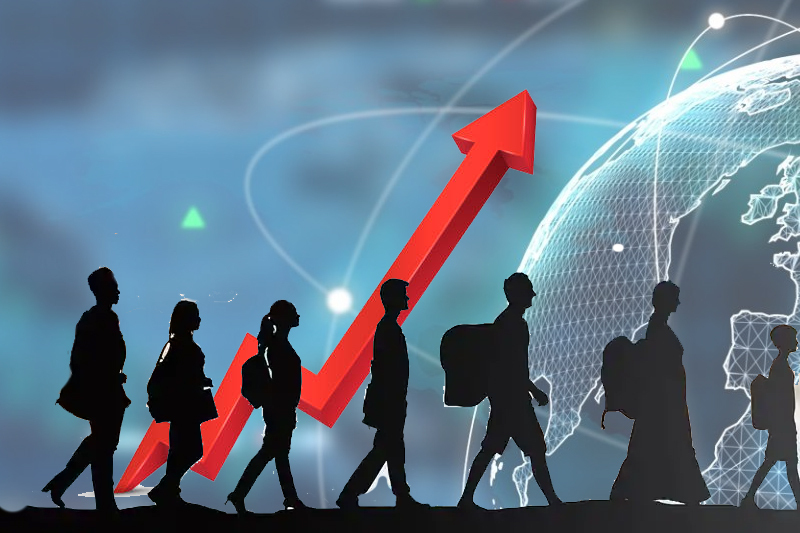 Global migration has been a very rampant phenomenon, driven widely during last couple of years by an amalgamation of factors – pandemic, rapidly increasing climate crisis, geopolitical destabilizing factors and economic chaos. The impact of these factors has led to migration of people across borders since the beginning of year 2022.

A new report released by BCG (Boston Consulting Group) in collaboration with the International Organization for Migration (IOM), has revealed that the cross border migration at present is generating an annual economic output of approximately $9 trillion, and that this figure can increase to become more than double by year 2050 to be around $20 trillion a year. The report has been titled Migration Matters: A Human Cause With a $20 Trillion Business Case. “A paradigm shift in attitudes toward migration is essential for businesses who want to gain a competitive advantage,” said Johann Harnoss, a partner and associate director for Innovation at BCG. “What’s an opportunity cost of more than $1 trillion today could grow into a $20 trillion opportunity by 2050. There’s certainly a business case for migration but allowing for safe and legal migration of people is also a matter of global justice.”

The report by BCG and IOM provides an excellent outline of the “economic case for migration” while highlighting over 20 streamlined actions across “three key strategies that companies can deploy to employ, elevate, and embrace migrants in the workplace”.

According to data, more than 280 million people globally are currently living in countries that are not their birth country, which makes this 3.6 per cent of the global population. The number one destination for migrants in past five decades has been United States. In 2020, US stationed more than 50 million migrant people. This was followed by Germany (16 million), and Saudi Arabia (13 million).

A very interesting fact that came forward in the survey by BCG was that CEOs, at large, support migration. Survey reveals that 72 per cent of senior executives believe “migration is good for the development of the country”. But “while 95 per cent of CEOs say they intend to create more globally diverse teams, and 80 per cent take some action in this regard only 5 per cent do so in a manner that leads to lasting impact”, according to the BCG report.

“Despite migrants’ undeniable contributions to global economies – according to BCG, cross-border migration currently generates an annual economic output of around $9 trillion – significant work still needs to be done to uphold migrant rights and capitalize on their full potential,” said Ugochi Daniels, IOM Deputy Director General for IOM. “Investing in safe, orderly and dignified migration is not only the right thing to do but also the smart thing to do for the private sector.”