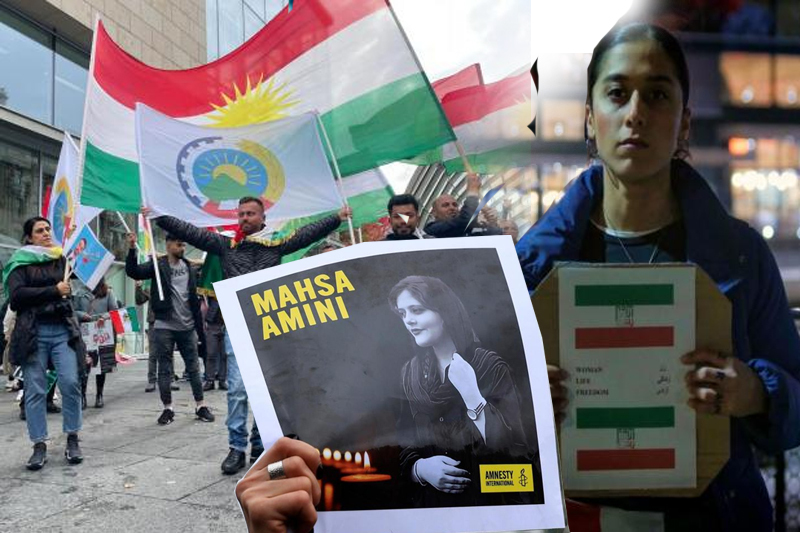 Tehran: Mahsa Amini- The 22-year-old Irani woman’s death sparked protests from a wide range of the entire world. She died in police custody in Tehran after September allegedly to unfollow the rules of hijab.

In Bargate, a large troop of people showed unity and stood together and showed support for that lady who lost her life in custody. This large crowd of Irish people, women, and youth showed the power, strength, and bravery of citizens.

Through these protests they are criticizing the government, In the demonstrations, they are showing pictures of the number of people who died in the Irish governmental custody.

Many members of the Anglo-Iranian Academics Society in Southampton, faced troubles of rain and storms, but they protested for showing support for  Mahsa Amini.

The protest was peaceful and it was held in between 11 am , and 3 pm.

“Our association has joined the campaign to highlight the struggle of the Iranian people for their basic human rights.”- A spoke person from the  Anglo-Iranian Academics Society in Southampton stated.

The world needs to pay attention to Iran!

The rising voices in Iran are attracting the attention of the world, although Iran’s government is increasingly announcing the death penalty and other charges to suppress protests. The women and their supports are facing trouble in Islamic republic. Their lives are in danger, they are facing challenges in path to be free and move forward with the world.  America and other human rights organizations should look into this matter to save the lives of the people there.