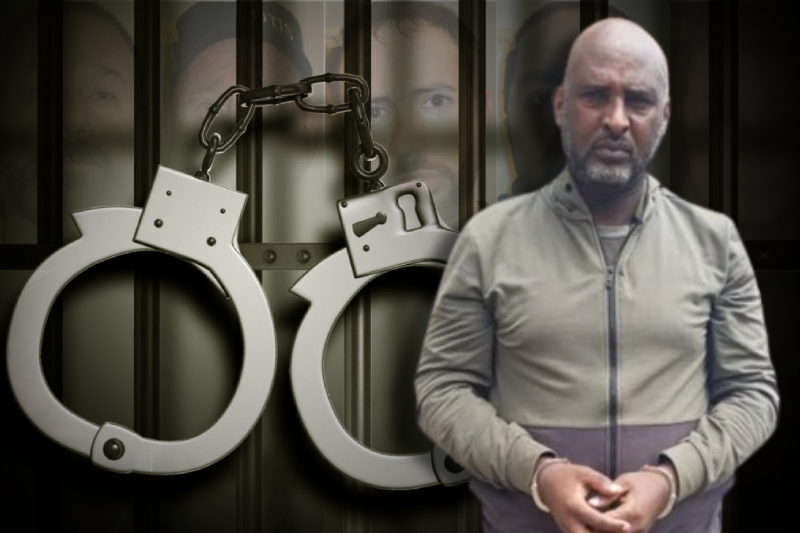 UAE-“one of the world’s most wanted” human traffickers have been arrested in Sudan, said the Eritrean national. On Thursday Interpol said that after an international operation by the United Arab Emirates.

The police agency which was France-based said in a statement that the suspect was  Kiden Zakarias Habtemariam.

In a note published by The Khaleej Times the UAE Ministry of Interior said that Kiden Zakarias Habtemariam was arrested on Sunday. This was during the big operation of the police of the United Arab Emirates.

The UAE officials started tracking the organization of Habtemariam members of her family after finding a money laundering pattern in 2019. Which was going to Sudan.

The agency said Habtemariam was the subject of two Interpol red notices from Ethiopia and the Netherlands. Habtemariam was claimed by  Dutch authorities to run a camp in Libya that housed thousands of migrants. Habtemariam was sentenced to life in prison in 2020 after the case of human trafficking in Ethiopia.

Saif Bin Zayed Al Nahyan the Interior minister of UAE said in the tweet that the international operation was for 9 months. This included Ethiopian,  Dutch, and Sudanese officials.

Director of the UAE Federal Anti-Narcotics General Saeed Abdullah Al-Suwaidi stated that Thanks to the police officers. The most wanted human trafficker of the world will no longer be able to carry out his unhumanistic acts now.

After the successful operation by UAE and others, the “world’s most wanted” human traffickers have been caught. Read the reaction of Interpol.