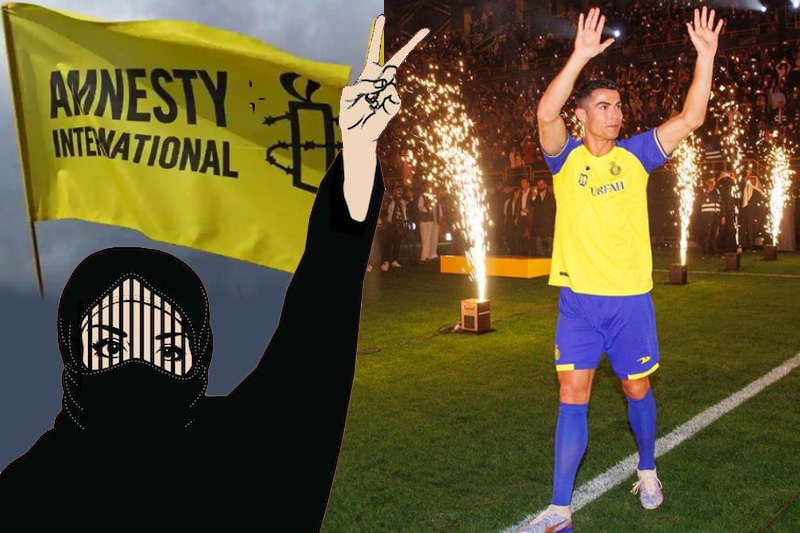 After completing big money move to Al-Nassr, the great footballer and Portugal superstar Cristiano Ronaldo pointed out the issue of human rights. He asked to highlight it in Saudi Arabia.

On Tuesday, At Al-Nasr’s Mersool Park stadium superstar Cristiano Ronaldo was welcomed with high warmth. He was greeted by fireworks and deafening roars at the park. He said there that he wanted to be a part of the country’s success. He wants to be a part of growing the culture.

Ronaldo, 37, left Manchester United in November. This followed an interview in which he criticized the club’s manager, Erik ten Haag, and Ronaldo also showed anger at the club’s entire system.

Amnesty International spoke about the signing of Ronaldo as a broader pattern of sports washing, in Saudi Arabia.

In 2021, sports boxing, golf, F1, and football in Saudi get a deep push following the acquisition of the English Premier League club Newcastle United by former Real Madrid.

The Gulf nation is also saying a joint statement with them about the 2030 World Cup.

The human rights situation in Saudi is worse, they are putting many people to death by unfair means. The death penalty is very common for minor cases, and also in cases of rape, and trafficking. According to sources, more than 81 people were killed by this death sentence in 2022 but most of them got trapped in the false path but their breath stopped.

The administration and authorities are also pressuring the freedom of expression with heavy prison case files. Women’s rights, human rights, and other political activists are facing the fear of no human rights security.

So, Ronaldo is a new hope for Saudi Arabia and should come forward to highlight the issue of Saudi Arabia’s human rights instead of being a sport washer icon!