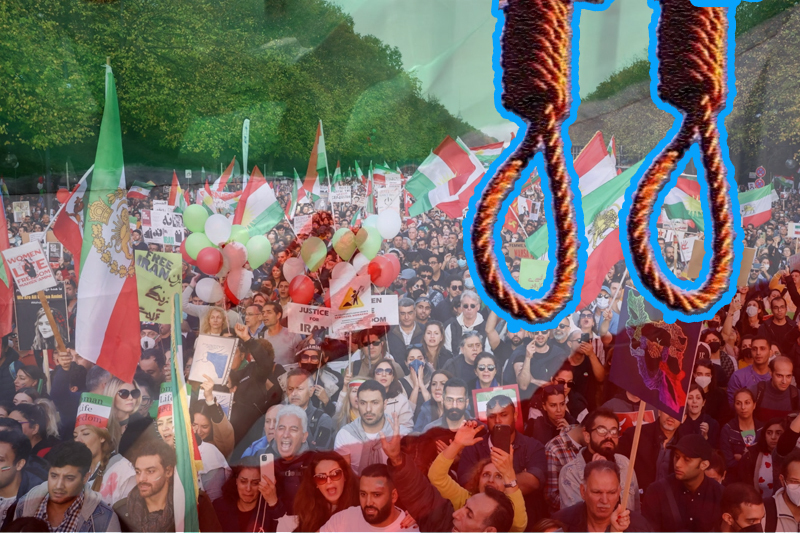 Tehran- On Monday, A rights group said that 2 Iranian teenagers will face the penalty of death because of their involvement in the protests. This protest is terrifying the Islamic republic for years.

This is not the first time the Islamic Republic had used capital punishment at any point. They use it to suppress opposition. It is part of the terror politics of their republic.

Let me remind you of the death of Mahsa Amini. After those protests had started in Iran and 2 men of 23 years had already faced the death penalty.

The Oslo-based Iran Human Rights (IHR) group said Mehdi Mohammadifard, an 18-year-old protester, was faced with death for putting fire to a traffic police kiosk. This is the western city of Naushahr in Mazandaran province. This death penalty was permitted by a revolutionary court, in the provincial capital Sari. The reason was after “corruption on earth” and “enmity against God”.

Mahmoud Amiri-Moghaddam the IHR director said that Based on information available to AFP, Mohammadifard was the youngest person to attend the protests. And he faced the death penalty.

The death penalty for another protester named- Mohammed Baroghani was also announced by the Supreme Court. This incident is in December. The charges were the same “enmity against God”. Online news website judiciary’s Mizan said that. IHR saying that Mohammed Baroghani is 19 years old.

Amiri-Moghaddam said that the Islamic Republic has not been able to control the protests after more than 3 months so for staying in the power they are using this death penalty as a tool to spread terror among protesters.

The IHR said last week that at least 100 protesters were at risk of being given the death penalty for capital crimes.

5 things  a working woman would know