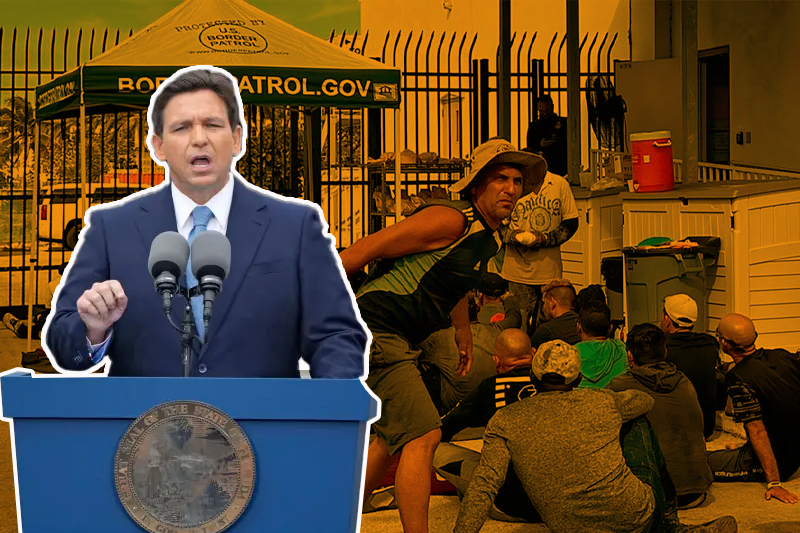 On Friday the state National Guard was arranged and sent to the Florida Keys to help the local officials. There were big troops of migrants from Cuba landing, and then Ron DeSantis, the Governor of Florida sent help to the local forces working there to manage the crowd of migrants.

DeSantis, a Republican, established the Florida National Guard in working mode, he also coordinate with law enforcement agencies to help the Keys. This massive crowd was coming from Cuba since the New year weekend.

The governor also responded warmly to Joe Biden’s policy for migrants. He strongly criticized the Democratic governor’s administration policies. He also said his anger towards the current governmental policies for migrants landing.

Sources are saying that more than 4,400 migrants have come to Florida via Haiti and Cuba since August 2022. The economic and political condition of those countries was critical so they just arrived in Florida. But there are no diplomatic relations between Washington and Havana. So, now the government of the United States is facing problems in sending migrants back to their homes.

Those migrants detained at sea have already been sent back home because Cuba will take them back to shelter.

This is not the first time…..

In the year 2021-22, there were around 8,000 people were intercepted and they were from Haiti and Cuba. Another sad part which officials said that this journey is not safe at least 65 migrants have lost their lives at sea since August.

Governor DeSantis said that Florida would deploy aircraft and helicopters. They will increase the patrolling in the sea areas. All this is to ensure the safety of the lives of migrants who are coming from dangerous routes.

Additionally, Blas Núñez Neto, assistant secretary for border and immigration policy, said migrants do not risk their lives at sea because there are much better options coming their way.